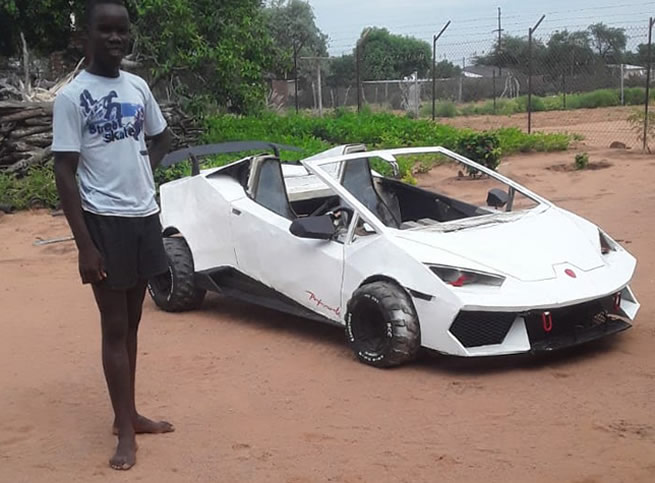 Mukundi Malovhele was never any good at maths and science, but had a natural knack with engineering things with his hands. 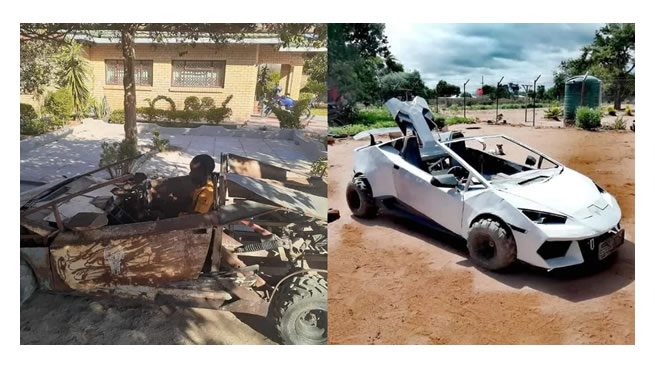 The shy 21-year-old has built a car inspired by his love for luxury car brand Lamborghini by using scrap materials and old car parts. He said because he cannot afford a luxury car he decided to try and build himself one.

“I’ve always loved the Lamborghini when I saw it on TV, so I decided to make one inspired by it because I can’t afford to buy it,” he said.

Malovhele, who resides at Tshipise Tshasagole-Niani village in Venda, said he started collecting scrap materials from old cars to build his own car. Inspired by his years of building wire cars, he decided to give it a go in 2017.

“I used to make wire cars when I was younger; this is a passion that has been within me for a long time,” he said.

The son of a tomato and watermelon farmer, Malovhele said lack of money has hindered him from completing it. “My father sometimes spares me some money to buy some parts, but what I really need is a small engine,” he said.

While waiting for his matric results, he helps his father work the land and sell their produce to other villagers while working on his designs.

“I want to become a mechanic and fix cars, but I also want to make my own car model because this is what I understand. My dream is to go to a technical college that will help me work on my skills.”

However, neighbour Justice Mbedzi said people did not take him seriously when he started out. “It’s amazing because now people want to come to his house all the time to see the car,” said Mbedzi.