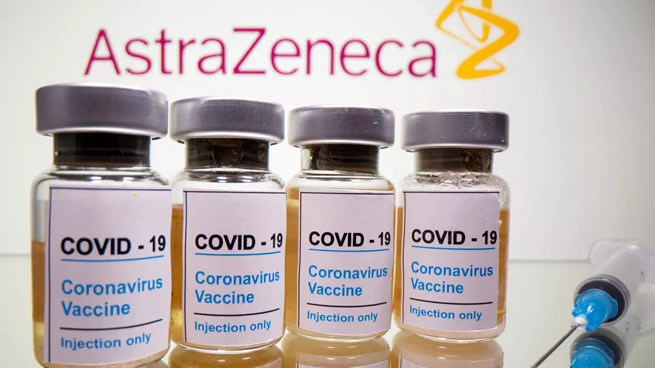 ● Indian variety could be useful if used on healthier, lower-risk section of the population and could be boosted by follow-up vaccination

Don’t throw away the one million AstraZeneca jabs. Give them to healthier people.

This is what experts have advised the government to do with the more than a million vaccines that arrived in the country last week after they were found not to offer protection against mild to moderate disease caused by the dominant Covid-19 variant in SA.

Last week, the first one million batch of AstraZeneca vaccine from India arrived in SA amid renewed hope in the fight against Covid-19. But Professor of vaccinology at Wits University, Shabir Madhi, said a vaccine trial by his team showed that up until the end of October, the vaccine presented potential and people who took a dose were 75% less likely to be infected. The efficacy has now dropped to 22% against the new variant, which is the cause of about 90% of infections in SA.

Health minister Zweli Mkhize has since put the rollout of the vaccine on hold while looking at the Johnson & Johnson vaccine which is said to be effective against severe disease across age groups, geographies and virus variants for plan B.

Prof Mosa Moshabela, acting deputy vice-chancellor for research and the University of KwaZulu-Natal, said SA should rollout out the AstraZeneca to healthy adults and then negotiate with Oxford to be prioritised when the booster becomes available.

“J&J vaccine was tested on people with comorbidities and across all age groups so it makes a lot of sense for government to reserve it for healthcare workers and give AstroZeneca to healthier people. Using AstroZeneca vaccine is possible if we can get some guarantees from Oxford that we will get the booster when it’s ready because it will protect them from other variants that we had in the first wave,” said Moshabela.

Moshabela was speaking to Sowetan after Mkhize announced on Sunday that the drug was actually more effective in fighting the original strain of the virus than the 501.V2 variant which emerged around November in SA.

Moshabela added that SA hardly conducts tests to check for strains on individuals as they are costly.

“It would absolutely be tragic if we throw these vaccines away knowing well that they may prevent death and severe disease in someone. They should be rolled out but the public must know that it had a good efficacy against the first variant,” she said.

“We do know that this vaccine does prevent severe disease and death caused by the original virus. That original variant is still in this country and it is quite severe but is not a dominant one. We don’t know yet but it might become the most dominant strain in the next six months or by third peak (mid-year).

“What we also know is that the technology that has been used to make the AstraZeneca and Johnson & Johnson vaccine is very similar. The J&J vaccine has been shown to be effective in preventing severe disease and death. Just by extrapolating this data there is high possibility that AstraZeneca vaccine may reduce severe disease and death related to the variant but we haven’t had severe cases to be certain. Unfortunately, there will be another variant in SA because this virus changes all the time. Brazil already has a variant that is different to ours,” said Cutland.

Health department spokesperson Popo Maja said the vaccine rollout plan will not be impacted by the decision to halt the rollout of AstraZeneca vaccine pending tests on its efficacy on the SA variant.

“We have contingency plans… J&J is part of our plan B,” Maja said.

The National Education, Health and Allied Workers’ Union (Nehawu) said the state should also look into other vaccines in particular Sputnik V from Russian and another from the Finlay Vaccine Institute from Cuba. The Democratic Nursing Organisation of South Africa welcomed the halting of the rollout.

However, Lerato Mthunzi, president of Young Nurses Indaba Trade Union, said they were against the vaccine because of the hastily manner that it was researched and manufactured.