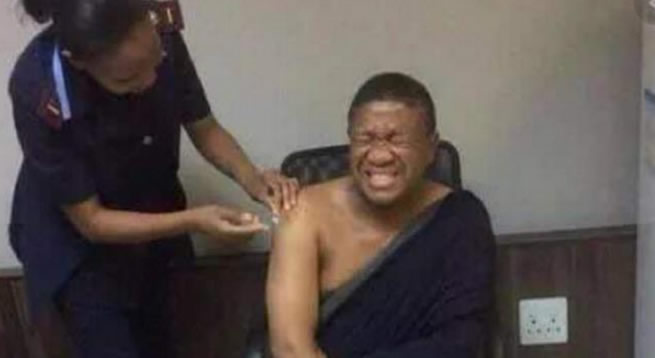 Mbalula posted the picture with the caption “vaccine”.

The picture caused a buzz among social media users who suspected Mbalula was receiving the Covid-19 vaccine which arrived in the country last week.

Mbalula said the picture was “old” and he was to encourage people to have Covid-19 vaccinations when they become available.

“It is an old pic. Humorous,” said Mbalula.

“I was vaccinated for yellow fever many times.”

Here are of some reactions to the pic.:

Are you a frontline health worker?

Are you a front line worker? Politicians should be last in the line to get these vaccines – all SA would be vaccinated quickly then. #vaccine #COVID19Vaccination

As a cabinet minister this lie &propaganda is uncalled for, it's very dangerous Mbaks..I know among many SAns there are those for the vaccine and against, but this is not how you persuade those against by lying. Its common knowledge that the vaccine is still undergoing QC test🤔