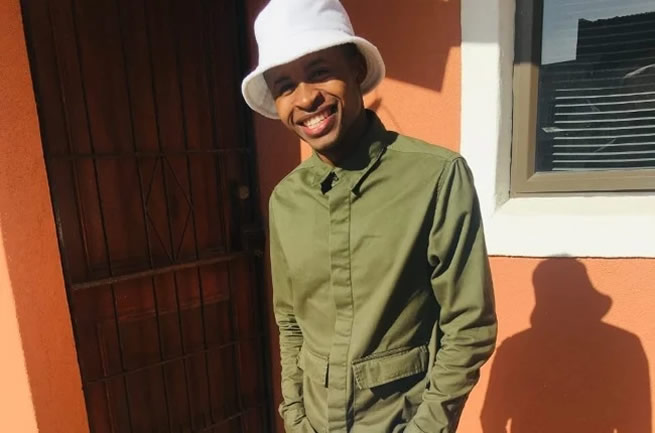 He wanted to fit in, to be one of the popular guys who seemed to have it all together.

And where he grew up, that meant getting involved in drugs and alcohol. Otherwise you just weren't cool enough.&

Vincent Mafu Ludzayi made some difficult life choices when he was thirteen and they cost him dearly. It's years he will never get back.

Now he's clean and reflects back on how his life changed forever.

Vincent grew up in small township in Fishhoek, Cape Town called Masiphumelele. His father was never around. His mother kicked his father out of the house because of bad behaviour and soon after, Vincent started making bad life choices.

He was a child that played sports and loved dancing isipantsula before going to high school where his life changed drastically."I grew up in a poor household, my father was kicked out of the house because of his bad behaviour and I don't blame my mother for that because she did the right thing. But even as a poor mother she made sure that that my two siblings and I were well taken care of, she made sure we attended model C schools, she suffered a lot," he tells DRUM.

However, it was not Vincent's poor background that led him to a life of drugs, alcohol and crime. It was peer pressure.

"I was thirteen when I started doing drugs and crime, I started drinking around that age too. I was friends with the big boys who were older than me. I started smoking marijuana, tik, and mandrax. The first crime I ever did was a house break in the suburbs and then I started doing robberies. My robberies were aggravated because I was very dangerous, the older boys liked me because I was brave enough to do what no one else was willing to do.

"I wanted to fit in, I wanted to be cool and I wanted people to be afraid of me. I wanted to be popular and have my own money that would help me satisfy my needs and wants. At that age I also wanted to go in and out of prison because I thought it was cool at the time. It affected my family a lot and my mother couldn't get to me because they knew that I was dangerous, and they were worried because I could get killed anytime."

Throughout high school, Vincent was in and out of juvenile facilities. He was still a minor and couldn't be formally sentenced to real jail time. He would spend close to two months at a juvenile prison and after being released would go back to his life of crime.

Things took a turn for the worse when he got arrested in 2012 when he was 20 for aggravated robbery. Because of his criminal record he was sentenced to 12 years. He served close to seven years and was released on parole in late 2017 due to good behaviour.

"My life changed when I got sentenced. I spent my sentence first in Pollsmoor prison and then in Brandvlei prison. I was surrounded by negativity in Pollsmoor and I didn't see myself outside of prison, the prison is a home to gangsters and horrible things happen there. It is when I was in Brandvlei that I started to change the way I saw life and people, I was well taken care of, I built relationships that sustained me and I began to change.

"Brandvlei prison was filled with quality programs such as sports and education and I was well taken care of, the people there were different. I started caring for other people other than myself and my mind changed positively. I changed in prison and that's what formed the life I now live.

"He has only been out for three years and he says that the choices he made as a child affected him tremendously. Vincent now lives for the arts, he is still a dancer and he has opened dancing classes in Masiphumelele for the children in that area to find passion in things that give life rather than turning to the life of crime.

"I want to change my community first and I want to motivate children at school so that they may be creative people and stay out of trouble."

He stopped taking drugs when he was sentenced and for the last eight years he has been totally clean of drugs and alcohol and hasn't resorted to a life of crime.

My choices have affected me because I dropped out of high school in Grade 8 as I focussed on drugs and crime. I was the guy who carried knives and pangas for protection. I was being chased by the police. But now I am a changed man, prison has taught me a lot."