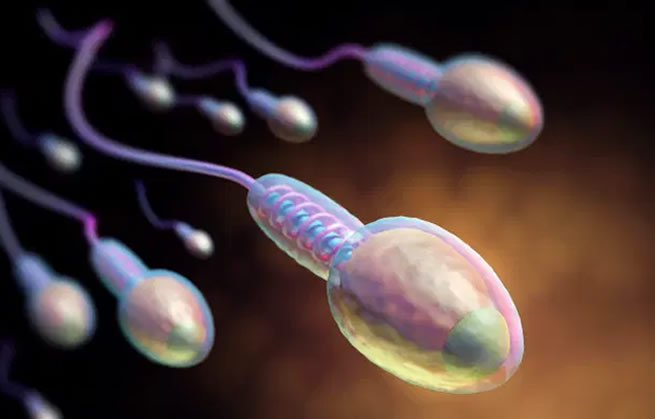 THE little girl clambers over her moms on the couch, an energetic blur in a cheerful yellow dress. She has no idea of the drama surrounding her existence – all that matters to her right now is that her parents are there to cater to her every need.

Yet waiting in the wings is a man who wants to be part of her life too. And he’s prepared to fight with everything he has for what he believes is his legal right.

The two women sitting on either side of Lisa* are up for the fight too. They want to be the sole parents of a muchlonged for child.

On the face of it, the process that led to Lisa’s birth is a heart-warming study of progressive modern life.

Gauteng-based couple Maria Romano* (37), a lecturer, and Busi Ndlovu* (39), a nurse, found a sperm donor four years ago on a website that promised to match single people with a potential co-parent or sperm donor.

John Kabe* (46), an IT specialist also from Gauteng, agreed to help the couple realise their dream, and in March 2019 Lisa arrived.

But shortly after the birth, things started going awry.

The couple realised their understanding of the arrangement was very different to John’s and things have now escalated to the point where they’re locked in a legal battle.

The couple have lodged a request with the South Gauteng high court to label John simply as “the sperm donor” without any parental rights and responsibilities.

They’re arguing John only claimed parental rights after Lisa was born and that he’s using the baby as a smoke screen to hide the fact that he’s gay from his family.

“We’d been looking for someone who wouldn’t be actively involved in raising our child,” Maria tells us.

“We’d agreed John could see her sometimes and she could meet his family. We wanted to establish a friendship and not have him be a stranger we found online,” she explains.

But this didn’t mean they wanted him to co-parent their daughter, she adds, or have any paternal rights.

John, however, has a different view.

‘My [online] profile was clear: I wanted to be a co-parent’

When we meet him at a Joburg coffee shop, he produces a folder full of court documents and printouts of WhatsApp conversations between the two parties. “My [online] profile was clear: I wanted to be a co-parent,” John says.

He acknowledges that when he met the couple they warned him they were looking for someone who wouldn’t be “too involved”.

“I’m a gay man and I’ve stated that in my court documents. Their opinion about how I report to my family about my sexuality is none of their business and irrelevant to the case. I wanted a child as much as either of them.”

MARIA, who is originally from Italy, knew from the moment she met Busi she’d found her perfect match. “We clicked instantly. Busi is an artistic, sensitive person,” Maria says. Soon after they got together she broached the subject of having a baby. “I’ve always wanted to be a mom and have a close family bond, like I had growing up,” she adds.

Busi admits she’d never imagined she’d be a mother until she met Maria.

“I thought it can’t be so bad bringing a child into the world if she has two people who love her and care for her,” she says.

They decided that going the anonymous-sperm-donor route was “too clinical”, Maria says. “We wanted a more intimate approach.”

When they met John, they warmed to him immediately and liked the fact he and Busi would share their Zulu heritage with their baby.

They had a verbal agreement with John that he wouldn’t be actively involved in the child’s upbringing and none of them sought legal counsel.

Because Busi has a nursing and midwifery background, she had the expertise to use the necessary equipment, which they bought at their local pharmacy, to perform the artificial insemination at home. Maria would be the one to carry the baby.

In June 2018, after eight months of trying, Maria was pregnant. John went along to sonar appointments and accompanied the women on shopping trips for baby paraphernalia.

He was also there on the day Maria gave birth, but could not accompany them into the theatre when she ended up having a C-section after a 10-hour labour. Busi was the first to hold the baby.

John was registered as the father on the birth certificate and added Lisa as a dependant on his medical aid. He also undertook to pay half of Lisa’s day-care when Maria returned to work.

Then things started turning sour. “John often visited,” Maria recalls. “We’d been trying to get into a routine as a couple with our newborn and I was still recovering from the C-section. We had to say something.”

They wanted to make it clear John couldn’t come and go as he pleased. He was the sperm donor, they were the parents.

“The conversation didn’t go well,” Maria says. “I was hurt by it,” John says. August 2019 was the last time John saw Lisa.

MARIA and Busi had planned to go to Italy at the end of 2019 to introduce Lisa to her Italian grandparents.

John refused to give his consent for the trip. “They told me I’m just the sperm donor but they wanted me to sign the travel documents as the father,” he says.

In November 2019, Maria and Busi lodged an urgent request for a court order compelling John to grant consent. At the same time, they applied to have him declared a sperm donor, without parental rights, and for them to have sole custody of Lisa and to be the only decision-makers in her life.

Before the matter could come to court, the world went into lockdown. “It’s very sad,” Maria says. “Our daughter now has to get to know her grandparents via WhatsApp video.”

The court ordered a family advocate to investigate and the advocate found in John’s favour, stating he had every right to be acknowledged as the father. But the couple are now disputing the finding and the matter is expected to go to court this year.

“I’ll fight so I can look my daughter in the eyes one day and explain that I fought for her. What sperm donor would do that?” John says.

As for Maria and Busi, their hopes of blissful parenthood have been overshadowed by feelings of resentment and anger.

“Our dream has turned into a nightmare,” Maria says. “We’re the two people who take care of her and protect her. We won’t give up.” *Names have been changed.

‘We’re the two people who take care of her and protect her. We won’t give up’