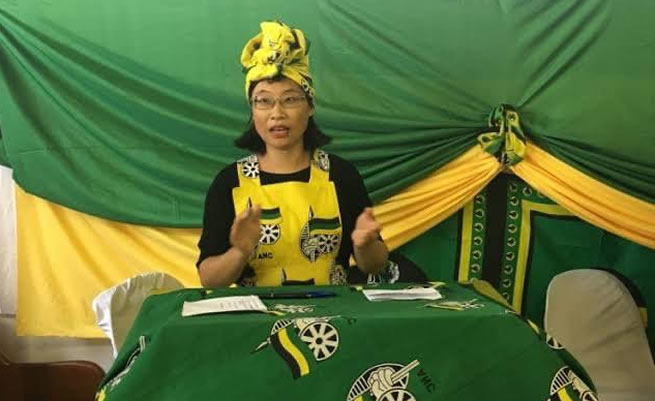 The appointment of Chinese born Xiaomei Havard to replace the humble late South African politician Jackson Mthembu has become a controversial issue after it emerged the Chinese-South African business woman was last year listed by the ANC Integrity Commission as one of 23 members suspected of “corruption, mismanagement, or other acts of misconduct,“ according to a local online news portal.

The ruling party’s parliamentary office announced on Wednesday that Mthembu’s position in the national assembly would be filled by Dr Xiaomei Havard from Gauteng.

The Asian ANC member has, after a concerted effort competing in the party’s National Assembly run-off elections, finally won a seat in Parliament.


Havard’s inclusion in the ANC’s 230 seats makes it the first time in South African history that the National Assembly includes a naturalised citizen of Chinese origin.

According to her online biography, Havard hails from Henan, a province in central China. Her date of birth and age is not publicly available on her Wikipedia profile page just created 24 hours ago.

Xiaomei Havard has been a member of the ruling ANC since 2004. Havard holds a PhD in Computer Science from the University of Johannesburg.

With so many negative conspiracy theories and reports of “Chinese occupation of Africa, her appointment has raised a lot of complains as locals see this as another sign that South Africa, like the rest of Africa, is now firmly in the hands of the Chinese.”

Meanwhile, the ruling ANC party has rebuked what the party calls xenophobic attacks directed at Havard.