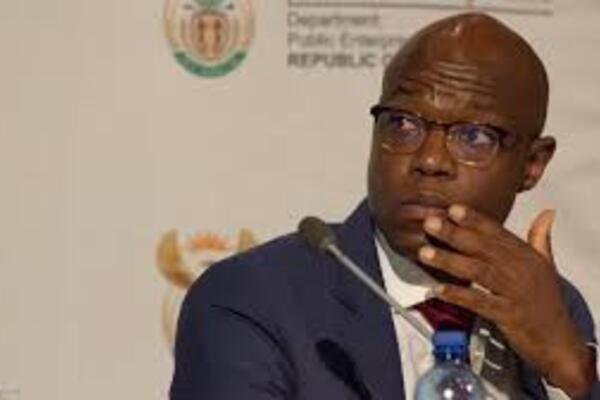 Former Eskom CEO Matshela Koko has embarked on a legal quest to shed loads of cash from a principal of a pre-school whom he accuses of calling him a thief.

Celebgossip.co.za has learnt that Koko has filed papers in the Joburg High Court seeking a court order to force Barbara Tanton, the 72-year-old principal of Little Academy Pre-school in Centurion, Tshwane, to pay him half a million and apologise publicly for calling him a thief on social media.

In the papers, a copy of which is in Sunday World’s possession, Koko says he retweeted a story by City Press on October 25 last year that stated that he had refused to sign 27 contracts with independent power providers that had already been negotiated by the government.


He said to his shock and chagrin, Tanton responded to the tweet without any provocation, saying: “You stole so much I am sick of your innocent ramblings.” Koko said Tanton’s statement was wrong, defamatory and an insult to his dignity. He added that it was calculated to undermine his status, good name and reputation.

“I understood the statement to mean that I am a thief … that I am a dishonest man, I am guilty of a crime of theft, I ought to be convicted for my dishonest acts, and I did not only steal from my former employer Eskom, but also from the general public who are being served by the electricity grid,” read the papers.

Koko said he took the statement seriously because it was published on Twitter, which has more than 300-million users.

He said he instructed his lawyers on November 5 to write a letter to Tanton in which they demanded that she retract and publicly apologise for her unsavoury remarks, but she showed him the middle finger.

He said the statement would impact negatively on his career because he is a businessman who plies his trade in foreign countries whose citizens would not want to do business with him because he had been portrayed as a thief.

As a recourse, he has applied for a court order that will declare Tanton’s tweet defamatory, demeaning, false and unlawful.

The order must also direct her to remove the tweet from all social media platforms and to publish an unconditional public retraction and apology.

He is also seeking an interdict to stop her from publishing similar statements in the future and R500 000 as solatium for the harm she has caused.