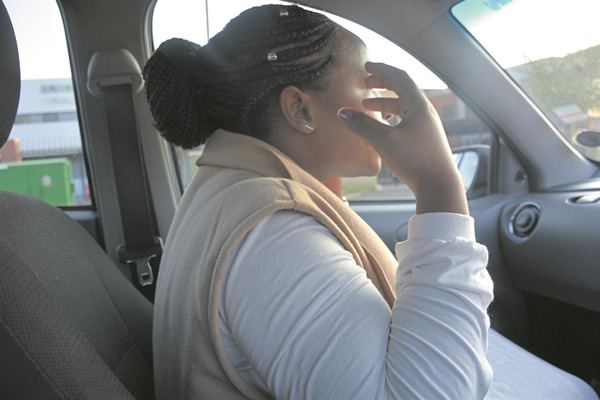 TWICE men have kneeled before Bongekile, asking for her hand in marriage. And on both occasions, Bongekile Msibi (30) from Benoni, Ekurhuleni said yes.

But till today, she’s never walked down the aisle and she fears she never will. That’s because both those men wanted children and when Bongekile couldn’t give them what they wanted, they dumped her.

She said this was because she had no uterus.


“It was removed when I gave birth at Chris Hani Baragwanath Hospital in 2001. I was 17 years old at the time,” she said.

Bongekile said no one told her they would be removing her uterus after she gave birth.

“They didn’t inform me. They just removed it,” she cried.

She said first the man she dated for two years from 2010 dumped her because he wanted children.

“My next partner, who I dated from 2014, also proposed to me. But as soon as I told him I couldn’t have kids, he also dumped me.”

She said she was afraid to date.

Asked about the incident, Chris Hani Baragwanath Hospital spokesman Nkosiyethu Mazibuko told Daily Sun that due to patient and doctor confidentiality, they were unable to divulge the medical reasons for the procedure.

“They say they’ve seen me three times but I’m the one who’s been pestering them to try to get answers. Instead, they told me to find a surrogate to have children. I’m always crying. I want to have as many children as I can but they stole that from me. I want justice,” she said.