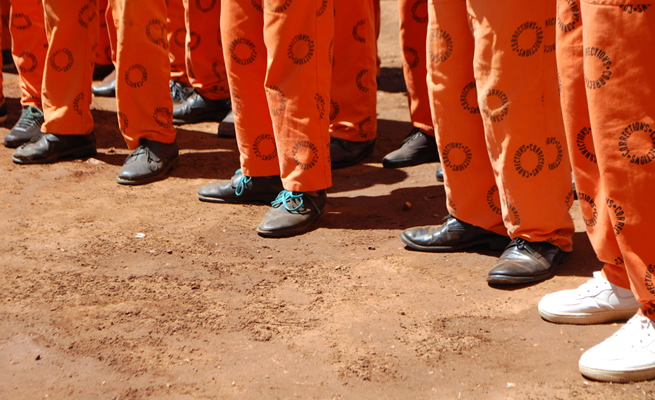 Government’s announcement that convicted and awaiting trial prisoners — including murderers, child molesters and rapists — will be among the first South Africans to receive the Covid-19 vaccine is sparking controversy with some questioning the reasoning.

In a move welcomed by Lawyers for Human Rights and correctional services unions, health minister Zweli Mkhize announced on Sunday that prisoners would be among the first people in SA to be vaccinated against the deadly disease.

Those who will receive the vaccine first will be health care workers, said Mkhize.

On Thursday, the correctional services department revealed that it had placed the Helderstroom Maximum Centre in Caledon, Western Cape, on lockdown to contain the further spread of Covid-19 infections.

The lockdown came after an increase in a number of inmates testing positive.

According to the department, the number of inmates who had been infected had risen to 87 with five officials infected.

“Critical at this stage is the activation of containment and treatment measures to prevent other officials and inmates from being exposed to the virus,” said the department in a statement.

The lockdown follows the department announcing on Wednesday that in total 5,815 officials had been infected with Covid-19, with the disease infecting 3,282 inmates and killing 111 prison officials and 60 inmates.

Department spokesperson Singabako Nxumalo told Sunday Times Daily that as part of the health care programme that must be afforded to all inmates, vaccinations would be provided.

“This is paid for by the state. Remand detainees also benefit from this programme. It’s part of the primary health care that government must render to the citizens of this country.”

He said the rollout would prioritorise inmates who were older than 60 and those with co-morbidities.

“The rollout will move to eventually cover the entire population following protocols set by government.

“Correctional officers are front line officials and will be among the prioritised category in the rollout.”

Ahead of Mkhize’s announcement @comradesipho tweeted: “Wait until people realise that the 10% of the population that is scheduled to receive the Covid-19 vaccine first in SA includes prisoners. Ooh, you are going to see some piss get boiled THEN. From people who pay a fortune to medical aid schemes.”

@GwenNgwenya, replying to a tweet by the DA questioning the vaccination of prisoners, tweeted: “Colleagues can there please be a rethink of this thread. Prisoners are literally confined in overcrowded spaces and cannot distance even if they wanted to. Lest we forget that a measure of society is how it treats its prisoners.”

@JanBran06127566 tweeted: “If prisoners are properly secured and NO VISITS ALLOWED they could only get Covid through wardens. Screen the wardens daily!!! End of problem.”

@Linidsaymanthey tweeted: “Still think there are more vulnerable that must come first.”

Lawyers for Human Rights penal expert Clare Ballard said when it came to health, prisoners were extremely vulnerable, particularly in relation to airborne and infectious diseases.

“We have seen the devastating effect of diseases such as TB in prisons. From a rights perspective prisoners are wholly dependent on the state for all their needs in a way ordinary citizens, no matter how vulnerable they are, are not.

“This is the biggest contributing factor to why they should be considered a priority when it comes to inoculation.”

Ballard, who dismissed the criticism, said the inoculation of prisoners was not a novel idea.

“This issue [supply of medication] has been heard by the courts before. The courts ruled that prisoners are a wholly vulnerable community who are dependent solely on the state.

“Where contagions can run rife, it is necessary from a rights perspective to consider prisoners for inoculation.”

She said while people’s comments and anger were understandable, “given that we are in an extremely violent country with people harbouring lots of fear and anger, the denial of crucial medication to a prisoner on the account of their being an offender was repugnant.

“We enter very dangerous terrain when we make denial of certain health care as part of the punishment, which our constitution does not permit.”

Ballard said claims that prisoners were jumping the queue were wrong.

“They are vulnerable people and they must be inoculated. The Bill of Rights exists to protect the vulnerable.”

“There has been a huge infection among staff. Overcrowding in prisons makes the spread of disease a serious danger. You can see that it is not just the prisoners who become infected.”

He said everyone in SA deserved to be inoculated, “and if prisoners are among the first people to be vaccinated, then that is fine.

“By vaccinating prisoners you will be ensuring the spread of the disease is slowed and will be helping save frontline workers like prison warders.”