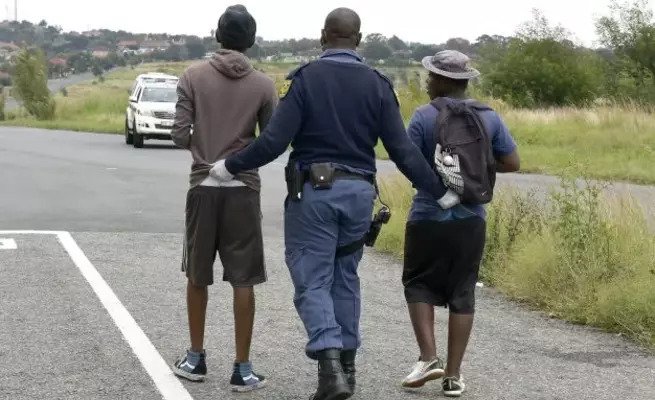 While a significant reduction in crime has been noted by police, nearly 3,000 people were fined for violating the lockdown regulations since New Year s Eve in the Western Cape.

Police have issued 2,915 fines since Thursday evening, most of them (2,185) for curfew transgressions in terms of the DisasterManagement Act, the SAPS said yesterday.

Others included the closure of 29 illegal shebeens, 32 arrests for illegal alcohol sales and 11,000 litres of liquor confiscated.

However, police came under attack in the Cape Town suburb of Elsies River on Friday while arresting a suspect for alleged drug dealing and possession of an unlicensed firearm.

During the arrest police were pelted with stones resulting in one member sustaining injury,” said Brig Novela Potelwa, adding that a large assortment of drugs were seized in various operations.

Another suspect was arrested after bags with 70kg of dagga were confiscated from a taxi heading to Cape Town at a roadblock in Laingsburg in the Karoo.

Fines worth R15,000 were issued to 15 people for disobeying the beach ban in the Overberg region. Police also focused their attention on taxi ranks, spaza shops, shopping centres, funerals and other public spaces.

Compliance inspections and other expanded police activities would continue until after the holiday season as part of the safer festive season programme, said Potelwa.