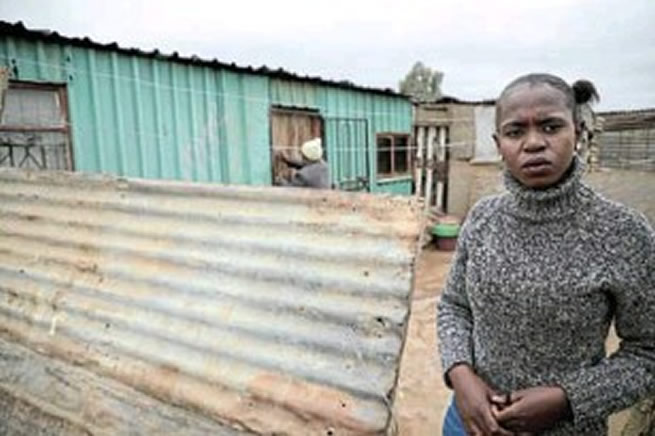 An Ekurhuleni mother is dreading the thought of spending Christmas without knowing whether her child is alive or not after she allegedly buried the wrong child.

The mother was allegedly coerced into accepting the body of the dead baby at the Far East Rand Hospital in Springs, Ekurhuleni, in May, just over a week after giving birth.

Zizipho Ranuga, 25, yesterday told Sowetan that she had obtained court orders from the South Gauteng High Court instructing national police commissioner Khehla Sitole to initiate the process of exhuming the baby and conduct DNA tests to determine whether she buried the correct child.

It’s going to be Christmas soon and I don’t know where my child is. I know that I buried the wrong child. I know my baby is out there somewhere, but I need the courts to help me to confirm that the baby I buried is not mine, ” Ranuga said.

Ahigh court draft order dated September 9 indicates that Sitole was in contempt of a judgment handed down on July 30.

“The second respondent [Sitole] must, within 2 days of the service of this order, take steps necessary to purge the contempt of the judgment handed down on July 30,” the draft order says.

Sitole failed to adhere to the court order, which led to the courts issuing another order which stated that the national police commissioner’s failure to comply with the judgments constituted a violation of section 165(1) of the constitution.

However, Sitole dug in his heels and approached the courts to oppose the order with an urgent application on November 3. But the application was dismissed by court with costs.

Police spokesperson Brig Mathapelo Peters could not be reached for comment at the time of going to print yesterday. She failed to answer her phone and WhatsApp messages sent to her phone were read but not returned.

Ranuga said: “I didn’t know that this would take so long. It’s been five months since the courts ordered the police to do something about this but they are refusing,”

Ranuga buried the baby in Crystal Park, Benoni, on May 8.

The mother said her baby allegedly died after she was discharged from hospital. She said the baby was kept in an incubator and needed oxygen to assist him with breathing due to his underdeveloped lungs.

“I visited my son often, but on May 4, I went back to the hospital to visit my son and deliver breast milk. The nurse on duty pretended to be surprised that my son was not at the ward; then I was told my son was missing.”

Afrantic search for the baby ensued and the nurse went into different wards looking for her son. “Another nurse came and said my son is similar to a baby who died on Friday May 1, and instructed me to go to the mortuary,” Ranuga said.