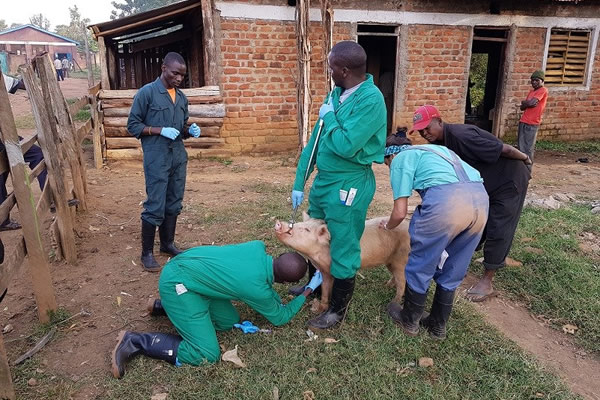 A "misunderstanding" over the slaughter of a pig has led to the murder of a 25-year-old man at Willowvale, Eastern Cape police said on Saturday.

"It is alleged that a group of young men were slaughtering a pig at Beachamwood location in Mahasana Village, Willowvale on Friday, 22 June 2018 at about 12:00," Captain Jackson Manatha said.

"According to the witnesses, another man arrived and demanded to be put in charge of slaughtering the pig. This led to an argument amongst the members of the group. During the altercation, the 25-year-old man is alleged to have drawn his knife. The witnesses allege that a 19-year-old male then drew his knife and fatally stabbed the older man," Manatha said.

A resident from Willowvale, who spoke to Celeb Gossip News, said in their area it is the norm that whoever slaughters a pig, also gets the testicles of the slaughtered animal and roasts them as a token of appreciation.

The 19-year-old suspect had since been arrested and charged with murder. He would appear in the Willowvale Magistrate's Court on Monday, Manatha said.