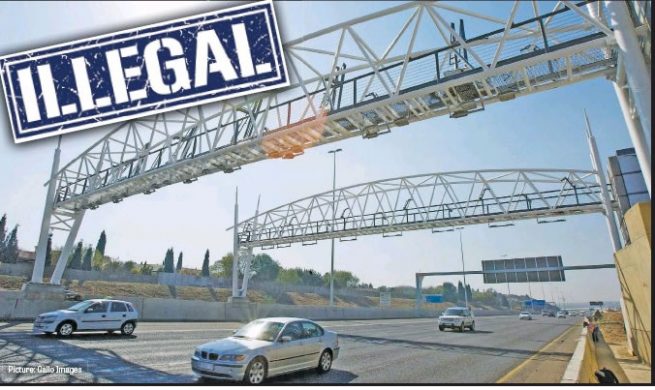 Sanral announces an extension of its e-toll collection contract to December next year – but Outa claims it is an illegal move as the contract was extended twice already: once to 2018 and again to yesterday.

SA National Roads Agency had an accumulated loss of almost R15 billion as of March this year.

Gauteng’s e-tolling gantries might as well be switched off as detractors insist the contentious electronic public road tolling system has collapsed and that the SA National Roads Agency (Sanral) cannot legally collect e-toll fees as of midnight yesterday.

The roads agency has announced that the initial e-toll collection contract with Electronic Toll Collections (ETC), which was due to lapse yesterday, has been extended by yet another year to 2 December 2021.

“This will bring the contract to the maximum eight-year period, as was allowed for in the original contract, or shorter if the new contractor is appointed before the end of the maximum period allowed,” said Sanral engineering executive Louw Kannemeyer.

He said ETC’s original approved contract value has not increased due to the extension because the original contract did make provision for a two-year contract extension.

But the Organisation Undoing Tax Abuse (Outa), e-tolls’ fiercest opponents, argued that the fiveyear e-toll collection contract awarded in 2013 was supposed to end on 2 December 2018 and was extended to December 2020, with no further extension legally permitted.

“This means that Sanral should in law be unable to collect e-tolls until a legal fight over the tender process for a new contract is finalised,” said Advocate Stefanie Fick, the organisation’s chief legal advisor and executive director.

She explained there were three contracts directly linked to the Gauteng Freeway Improvement Project (GFIP) or e-tolls; for maintenance, collection and the building of open road tolling.

“I believe the other contracts have already been awarded except for the collection contract due to litigation. This particular contract has the option to be extended twice. It has been extended for a year, on two occasions, since the initial contract ended in 2018. We believe there is no provision for further extending this contract,” she said.

Like Gauteng motorists, Sanral is also in limbo, awaiting the outcome of Cabinet’s decision on the future of e-tolls, following Minister in the Presidency Jackson Mthembu’s assurance in March that they would be discussed by Cabinet.

But nothing has happened, despite the former attorney-general, the late Kimi Makwetu, warning parliament that delays in the decision on the future was negatively affected the financial sustainability of Sanral, which had an accumulated loss of almost R15 billion as of March this year.

Fick said it was baffl ing why Sanral would renew the contract when the system had clearly failed, with a compliance rate of only 19.8%.

Justice Project SA head Howard Dembovsky said despite all indications that the scheme had failed, government was inexplicably clinging on.

He said non-compliance had forced Sanral to use bullying tactics to threaten non-compliant motorists to pay and that there were two provisions in the Administrative Adjudication of Road Traffic Offences Act (Aarto) specifically for e-toll collection.

“Some people get scared when they get a threatening letter from lawyers and run to pay, but many people still do not pay e-tolls.

“So they are pinning their hopes on Aarto to block your licence disc if you do not pay. But people will simply stop paying their licence discs and I want to see how they will impound at least a 1 000 cars,” he said.

Johannesburg man charged with rape after having sex with a dog

General News Ethel nleya - 26 January 2021 0
Former Eskom CEO Matshela Koko has embarked on a legal quest to shed loads of cash from a principal of a pre-school whom he...