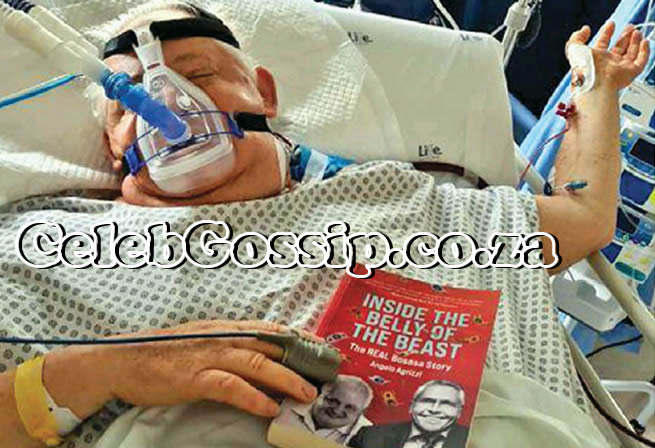 Absa is knocking on the hospital door of bedridden former Bosasa boss Angelo Agrizzi, demanding that he and his wife repay the R10-million loan they obtained from the banking group five years ago.

According to Sunday World Absa has filed papers in the Joburg High Court last week in which it seeks an order to attach and sell the couple’s R8.7-million northern Joburg posh home, which Agrizzi tried to furtively sell for R13.5-million this year, but later withdrew it from the market after the media caught wind of it.

We can also reveal that the bank closed Agrizzi’s bank accounts and ordered him to withdraw all his funds from the institution and make banking arrangements elsewhere.

This is contrary to media reports that the banks closed only an account belonging to his family trust, the Agrizzi Family Trust.

In the papers, which are in our possession, the bank’s lawyers Allen & Overy said Agrizzi and wife Debora Cindi Agrizzi, and the Agrizzi Family Trust whose trustees are the couple and Phillip Evert Putziger, obtained a R10-million loan facility from the bank on January 15 2015.

Agrizzi gained access to the loan through a transactional account that he opened at the bank’s Sandton branch.

The former COO of Bosasa, who is now accused of fraud and corruption for allegedly bribing ANC MP Vincent Smith, was expected to repay the facility in monthly instalments of no less than R82 000.

The couple used its R2-million Durban crib in Savanna residential complex, R8.7-million Riverside View Extension 6 in Fourways and the trust as collateral for the loan.

Agrizzi’s wife also separately signed as surety and co-principal debtor in favour of the bank to repay any sums of money on demand, which her husband owed to the bank.

The lawyers said on March 31 2015 in Pretoria, the Agrizzi Family Trust executed a mortgage bond over the Sandton property in favour of the bank as continuing covering security for its indebtedness to the bank.

The property was later registered in the bank’s favour on the same day.

The problem started on February 18 last year when the bank wrote Agrizzi a letter telling him it would close his bank accounts as part of its commitment to comply with the anti-bribery laws and regulations.

This after he testified at the Zondo Commission of Inquiry into Allegations of State Capture that Bosasa had greased the palms of certain politicians and senior government officials to secure tenders for the company.

“Your credit card account will be terminated 10 business days from the date of this letter. You are hereby requested to make alternative banking arrangements and withdraw the outstanding credit balance from your accounts on or before the closure of your accounts.”

Agrizzi wrote back and protested that, contrary to the claims, he had not paid bribes or corrupted people.

“I will, as directed, cease to utilise any further funds, and wish Absa all the best in the future,” he wrote.

In the papers, the lawyers said despite demands that the Agrizzis pay back the loan, they had refused or failed to do so.

They said that as of September 2 2020, the Agrizzis were over R9-million in arrears and pleaded with the court to issue them with a judgment to attach and sell their property.