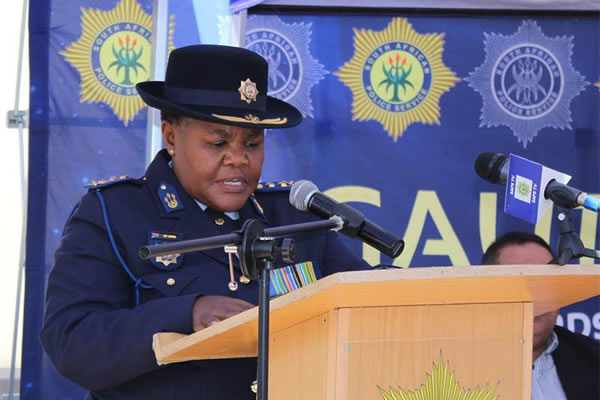 Outgoing Gauteng provincial commissioner Lieutenant-General Deliwe De Lange said she still doesn't know why she is leaving her position before her contract came to an end.

"At first when I was approached [to leave]‚ I was told that the reason for me leaving the province is because of rotation that is going to take place nationally‚ and also the succession plan. I asked what has this to do with me.

“When I really wanted to go deeper to say‚ ‘What is this?’‚ there was no explanation for me. So I don't know why I'm leaving‚" De Lange said on Friday.

She was briefing the media – together with the Gauteng MEC of community safety Sizakele Nkosi-Malobane – in Woodmead‚ Johannesburg. Police and other security agencies held a meeting with the MEC to brief her of the progress in the fight against crime in the province.

Nkosi-Malobane also told journalists that she has not been formally informed about De Lange's departure.

De Lange was just two-and-a-half years into her five-year contract.

Police earlier said she was given three options of deployment but she opted for early retirement. This she confirmed to TimesLIVE.

Lieutenant-General Deliwe de Lange has vowed that‚ despite her early retirement‚ she will continue to serve the people of Gauteng in the fight against crime.

Speaking after a meeting with MEC of community safety Sizakele Nkosi-Malobane‚ De Lange said she did not see herself sitting at home doing nothing.

“I’m going to be involved in my community to ensure that we bring the crime down in Gauteng. I don’t need any pay. I want just to be involved to make sure that our women and children‚ our people‚ will walk free in the streets of Gauteng … without any fear.

“I will involve myself 24 hours. I don’t see myself folding my arms‚ sitting at home‚ doing nothing. This thing is in me. Policing is in me. I am going to do it up until I leave this world‚” said De Lange.

De Lange has been a cop since 1983. She is leaving her position just two-and-a-half years into her five-year contract.

She explained the challenges she faced when she took over.

She said that during her tenure‚ police were able to conquer crimes such as rapes which were taking place in minibus taxis‚ violence between Uber and metered taxi drivers and the general minibus taxi violence.