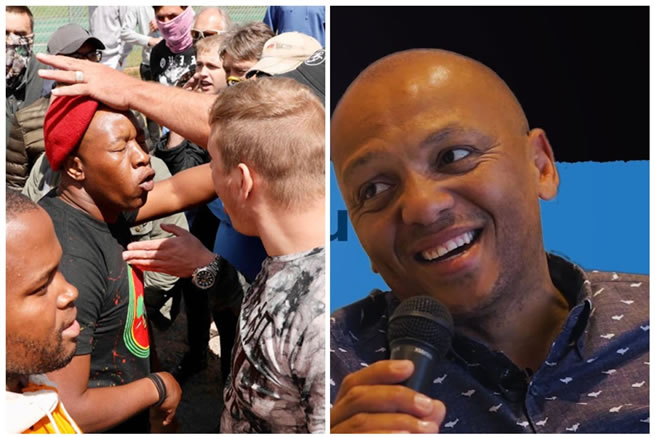 The SABC has announced that it has suspended Umhlobo Wenene Breakfast show host Phiwe Nozewu following the EFF’s complaint against him for his comments about the assault of EFF members in Cape Town.

In a statement issued on its social media accounts, the public broadcaster said it has unscheduled Nozewu from his show stating that his comments had brought the SABC into disrepute.

“The SABC can confirm Mr Phiwe Nozewu is unscheduled on Umhlobo Wenene by the stations management following his public utterances on Twitter in relation to violent incident which took place in Cape Town,” reads the statement.

The public broadcaster further said that it took the matter in a serious light indicating that Nozewu’s conduct brought the SABC into disrepute.

Sunday World reported yesterday that the EFF had written to the SABC asking that it fires Nozewu for his comments which the party said endorsed public violence against blacks people, women in particular.

The opposition party had accused Nozewu of being a supporter of Cyril Ramaphosa’s CR17 faction indicating that he was against anyone who was critical of the SA’s President.