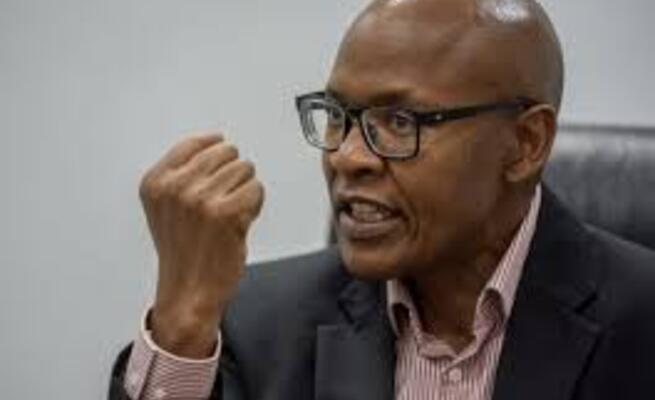 The multimillion-rand assets and cash belonging to the defunct ANN7 television channel owned by Infinity Media Network, previously owned by the Guptas, have been removed from the premises and withheld from liquidators.

The assets include high-end studio equipment, three well equipped vehicles, financial books and other documents the liquidators could use to trace the financial transactions of the company, which was later sold to businessman and Gupta ally Mzwanele Manyi.

Manyi, the new sole director of the company, has refused to disclose the whereabouts of the assets and cooperate with the liquidators.

The explosive details are contained in an urgent application for a court order filed in the Johannesburg High Court by the liquidators Zaheer Cassim and Corbelia Carolina Meinie to help them recoup the cash and assets.

Cassim and Meinie also want the court to subpoena the directors of the company to disclose the whereabouts of the assets.

They also want the court to authorise the establishment of a commission of inquiry, chaired by advocate Renier Raubenheimer, to investigate the trade dealings and affairs of the company, which is insolvent.

In the papers, the liquidators

They said after several meetings with the creditors, it became evident that the company owed creditors over R5-million. The figure is likely to balloon when they hold an inquiry into the financial affairs of the company. “The directors have not cooperated with our investigation and the books and records of the company have not been given to us. Our investigations have thus far revealed that shortly prior to liquidation, and prior to the company having ceased trading, three valuable and wellequipped news-gathering vehicles appear to have been sold. The proceeds appear to have been received by the company. In addition the technical, video and sound equipment in the company’s broadcasting studios, worth millions of rand, have all been removed,” read the papers.

They said they were flummoxed that the company, which was valued at R450-million three years ago when it was sold to Manyi, could have no cash, no assets and no business when it operated as a going concern.

“All of the aforesaid is indicative of the fact that the company, as at August 2017 was worth R450-million. It had significant television broadcasting and news-gathering capabilities and a substantial publishing business. All of these required expensive technical, broadcasting, news gathering and printing equipment worth tens of millions of rand. Yet none of these equipment has been located, and Mr Manyi, who was the sole director through his company, Lodidox (Pty) Ltd, the majority shareholder, has refused to provide any information relating to the whereabouts of this equipment.

“There may well be significant claims against Mr Manyi and the other directors for reckless trading and for the deliberate dissipation of the company assets,” read the papers.

They said the order, if granted, will empower them to locate and take possession of the assets and also give them access to the company financial records, which the directors may obfuscate and possibly destroy.

“Former directors are all available in Johannesburg and it is essential that they be subpoenaed without further delay to give evidence regarding the rapid demise of the R450-million company and to explain the dissipation of millions of rand in technical equipment, assets and cash belonging to the company,” read the papers.

They also said the directors would also explain what happened to the R144-million they were claiming from the SABC for the cancellation of the show.

Manyi said he didn’t know what happened to the assets because when he left the company 2 years ago, everything was there. He also said liquidators should go and check CIPC records for evidence of his claims.