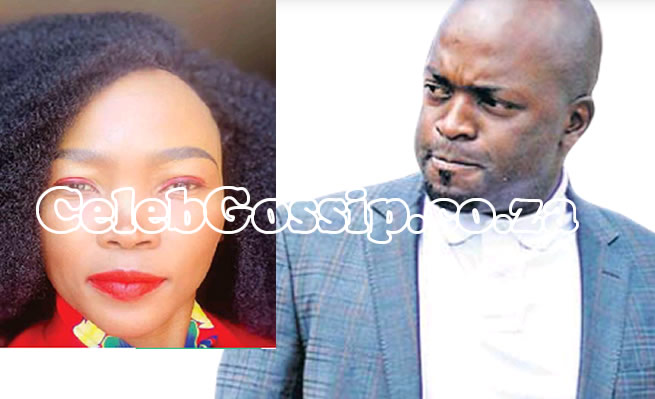 The DA has been rocked by allegations of sexual harassment involving the party’s Gauteng caucus leader, Solly Msimanga.

Celebgossip.co.za has learnt that Msimanga, the former Tshwane mayor, has been accused of sexual harassment by his fellow Gauteng MPL, Nkele Molapo.

Molapo has laid a formal sexual harassment complaint against her colleague, which the party has confirmed.

On Sunday Msimanga, who is in the running to replace John Moodey as Gauteng leader next month, took to social media to plead innocence on the allegations.

“I’ve just been made aware of a bogus sexual harassment complaint raised against me, alleging an incident supposed to have occurred seven years ago,” Msimanga wrote on his Facebook page.

“I state categorically that this has been purely to tarnish my name and that of the party in order to save the complainant from probable expulsion from the party.”

In January, the party’s federal executive endorsed a decision by the organisation’s federal legal commission to expel Molapo, who was found guilty of leaking information to EFF leader Julius Malema.

The official opposition alleged that Molapo had sent Malema a screenshot of an internal caucus discussion about a council sitting that was expected to discuss the city’s former municipal manager, Moeketsi Mosola in 2018. Molapo was a Tshwane councillor at the time.

Molapo has since appealed the decision and is waiting for the outcome.

Msimanga said he would subject himself to a full investigation of a “relevant body” and also do a lie detector test, the outcome of which he would make public.

He added that he would engage his legal representative on a lawsuit against Molapo immediately after clearing his name.

“I need to do this not only for myself, but for all men who’ve been victims of false rape and sexual harassment charges, and all women who’ve been abused and harassed but never saw justice because no one ever took their case seriously,” he said.

“Politics may sometimes get dirty, but there’s a line somewhere that should never be crossed.”

Msimanga did not respond to several attempts for further comment.

Contacted, Molapo would only say: “I don’t want to deny or confirm.”

DA spokesperson Solly Malatsi confirmed Molapo had laid a complaint of sexual harassment against Msimanga. He said the party’s processes were thorough and would establish the facts about the matter.

“As with every complaint, this matter is currently being dealt with through our internal processes. There are many questions arising, one of which is the timing of this issue, in the context of t he disciplinary hearing that Ms Molapo has faced in the DA and which is drawing to a close,” said Malatsi.

In January last year, Msimanga resigned as Tshwane mayor to focus on a campaign to become Gauteng premier candidate after the 2019 general elections.

The sexual harassment complaint against Msimanga comes as the party is grappling to recover from a sex scandal involving another former mayor of Tshwane, Stevens Mokgalapa. He was in February forced to resign after a video clip of him and former member of mayoral committee for roads and transport, Sheila Senkubuge, apparently engaged in an act of intimacy, surfaced.