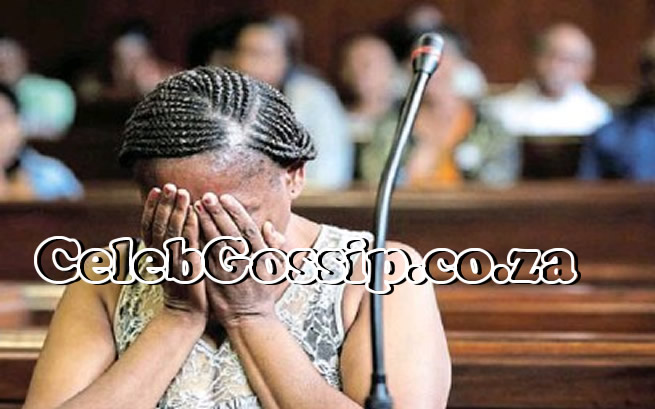 A black widow from KwaThema in Springs, Ekurhuleni, who confessed to ordering a hit on her husband and promising the killers R80,000 from an insurance payout, has been sentenced to 20 years’ imprisonment.

The Springs magistrate’s court heard from Nonhlanhla Matiwane’s daughter that her mother would have received a R1.2m insurance payout after her husband Sibusiso-Mthombothi’s death.

Magistrate Khensani Moila said she found no compelling reason to give Matiwane, 42, a lighter sentence for conspiring to kill Mthombothi on March 6 last year.

“Even though you pleaded guilty, I still found that you were not remorseful in your actions. You properly planned the murder of your husband six months after you had separated and caused pain to your children by taking away their father… ” said Moila.

“No-one has the right to take another person’s life. You infringed [on] his right to life and cut his life short to gain access to R1.2m of a payout, according to your 24-year-old daughter’s interview statement to social workers.

Moila said according to the same statement that had been read out in court, Matiwane was going to pay the hitmen, extend her house and live happily ever after.

She said the brutal murder was properly planned by all role players. Matiwane’s four co-accused Mbongiseni Langa, Mduduzi Sithole, Mzwanele Mbatha and Phumlani Tshabalala – are still at large after escaping from the court in December after a short appearance.

“This sentence must be an example to others that are considering such crimes. The country is fighting genderbased violence and this case has been an example of GBV,” Moila said.

Before sentencing, Matiwane raised her hands as she sat in the dock, and asked to consult with her lawyer. She told her lawyer LehabeMolefe that she wanted to ask Mthombothi’s family to forgive her and to make peace with her four children and take care of them.

She had two children with Mthombothi, aged 11 and 12. Matiwane has two other children, aged 18 and 24. The court heard from social worker Petros Ndobe that Matiwane’s 24year-old daughter was taking care of her siblings and they were dependent on social grants of the young children.

“I know that the husband will never come back but I plead with the court to take into account that she has just asked me to apologise to the family. She’s sorry for her actions and I understand the sentence that is ahead of her,” he said before court adjourned due to a power cut.

Mthombothi’s family said they would now start the healing process, knowing that justice was served.

Hismother Thelma said the pain of losing her son had caused her blood pressure to spiral out of control.

“I don’t know how this woman expects me to just forgive her when she took my firstborn child from me. He was killed in a very evil way. At least he got justice today and I am ready to go home and mourn my son finally and try to heal,” said the emotional mother.

She said she was grateful to the police who worked tirelessly to find her son’s killers.