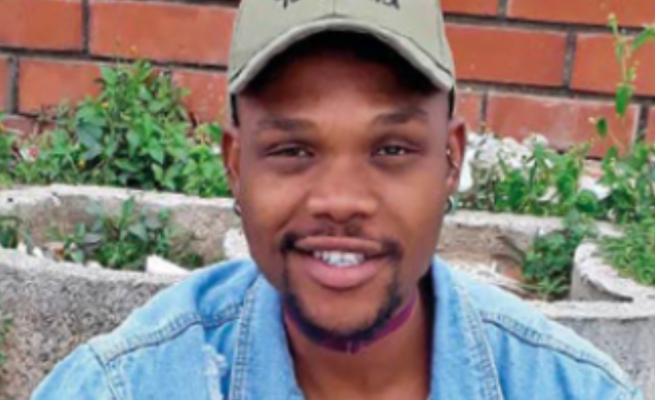 His accusations against a well-known man of the cloth turned an Eastern Cape man's life into turmoil but now more victims have  spoken out.

He's been living with the pain, fear and for years. No matter how much he tried to move on, he just couldn't.

And the more he saw his alleged abuser prospering and preaching, the more unsettled he became. So he decided to tell his story to his friends and family on Facebook, hoping it would bring him some kind of peace. But speaking out has made his life even worse.

Phila Nelson (29), couldn't live with the agony anymore and decided to pour out his heart in a lengthy Facebook post. He  accused a Port Elizabeth pastor, who also had shows on local radio and TV stations, of rape and sexual assault. It had been seven years since the abuse happened, he said, but he had to get it off his chest because he'd been suffering every day since.

"I have been carrying this cross, and life moved on for him. He's enjoying life while I suffer every day," Phila says.

"I have sat with this information and not even taken my family into confidence about the turmoil I have suffered for seven years.
"They had no idea until I broke the news on social media." Since speaking out, he's been vilified on social media with a number of congregants threatening his life. He's even had to go into hiding.

"I've been living in fear of this man for seven years. I have been harboring his secret and shame. I decided to speak up and for a moment I felt liberated.

"But almost as soon as that liberation came, it quickly disappeared, as the ink of my words was drying up, I lost my freedom of movement and my life suddenly became unsafe," he says.

"I am more mature than Phila. I will leave it to the law to take its course. God waits for storms to subside before He speaks. When the storms have subsided, I shall use a platform to speak to my people," he says.

Phila's voice shakes when he recalls the events that led up to the encounter. He first met the man in 2013, while visiting a fellow initiate at his home in Zwide, Eastern Cape. They had recently come back from the bush for initiation season.

"Later, I received an invite request on the Mxit [instant messaging] platform. I didn't know who this person inviting me was, so I asked him for his photos for identification,"he says.

"We soon became regular chatters on Mxit, but I got the sense he didn't recognise me from the encounter at my friend's place."

After weeks of chatting, he was invited by the now pastor to visit him in his home in Motherwell, Eastern Cape. "He led me inside the house. I sat down as soon as I went inside he went to the kitchen and spent some time there because he'd been doing some house chores.

"Later he joined me in the sitting area of the open-plan sitting and kitchen design of the RDP house," he recalls.

Son, he says."He rose from the couch and went into the bedroom, I felt uneasy . . . more so, when he called me to join him in the bedroom.

Phila told the pastor he hadn't come to his house for sex. "His response was of great irritation on me wasting his time. He asked me why I had come to his house. He told me outright I should take off my clothes and I was not leaving his house before that happened," Phila alleges.

He says the man came closer again and tried to kiss Phila before forcing him to take off his clothes. "I conjured up courage to take off my clothes, then he asked me why I wasn't erect. He forced his thing on me, and raped me," he alleges, his voice trailing off in a whisper. His alleged rapist then 'praised' him for 'good sex' before getting up to go to the shopping centre. This is when Phila decided to make a run for it.

"I'd just been raped, where do I go from here?

Since Phila spoke out, several others have come forward to tell of their uncomfortable encounters with the pastor.

One accuser told a story of being fingered and almost being raped by the same man before he was able to make a run for it.

Police spokesperson Captain Andre Beetge has confirmed Phila opened a case of rape in Motherwell, while another case was opened in KwaDwesi. No arrests have been made yet but police are investigating.

In the meantime, the pastor has now lost his slots at the local radio and TV stations. (KQfm and BayTV) An employee at the radio station, speaking on condition of anonymity, says they're still trying to process the information.

"I was shocked to learn of the allegations. I must be stupid because I never even picked up he could be gay."

While he feels better for having spoken out, Phila's life has been hell since. His family have been threatened and he's also had calls and requests from people telling him to drop the charges.

"This is what happened to me less than 12 hours after speaking on social media about my rape ordeal at the hands of a man now called a pastor. "A man who has ruined my life and forced me to live in fear for seven long years." But Phila's not backing down until justice is served."