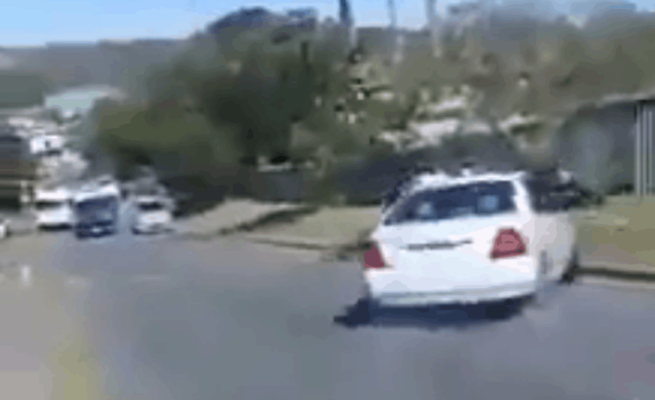 Warning: This article contains video footage of an incident in Wentworth, KZN, where a car loses control and drives into a group of schoolchildren. There were no deaths to report, but the footage may be too upsetting for some. Viewer discretion is advised.

Two suspects have been arrested in Wentworth, after their flashy antics outside of a secondary school ended in abject horror. The pair, in their early twenties, were spinning and performing donuts outside of the educational facility. However, the driver’s arrogance became his downfall, after he lost control and ran into a number of pupils.

Four of the teenage learners sustained injuries, and they were taken to hospital . The alarm was first raised in a community Facebook group based in Wentworth:

“A reckless driver has knocked down school kids in the Wentworth area, near Retreat Rd and Dromadadis Rd, outside Fairvale Secondary School.”

This sheer idiocy was caught on camera, and the footage has gone viral on social media. The dafties behind the wheel will now appear in court on Thursday, faced with multiple charges. As well as reckless driving, the suspects also have ‘possession of stolen property’ on their rap sheets: The car they were using had been reported missing last November.

The video below may not be appropriate for some viewers. The last few seconds of this clip shows the moment the vehicle loses control:

Four learners have been injured after a reckless driver ploughed into them outside the Fairvale Secondary School in Wentworth Durban this afternoon.KZN Brigadier Jay Naicker says that two suspects aged 21 and 23 wer arrested.The suspects will appear in court tomorrow.#sabcnews pic.twitter.com/cMB3m6IAbl

SAPS STATEMENT ON THE WENTWORTH INCIDENT
Brigadier Jay Naicker confirmed the major details for us on Wednesday evening:

“Charges of possession of stolen property, reckless and negligent, failing to produce drivers Licence, failing to report injuries after an accident are being investigated by Wentworth SAPS. The incident took place this afternoon at 14:05, Retreat Road outside the Secondary School in Wentworth.”

“Four learners sustained injuries after they were struck be a vehicle and were taken to hospital for treatment . Two suspects aged 21 and 23 were placed under arrest. The vehicle was stolen at Amanzimtoti area in November last year. They will appear in court tomorrow.”