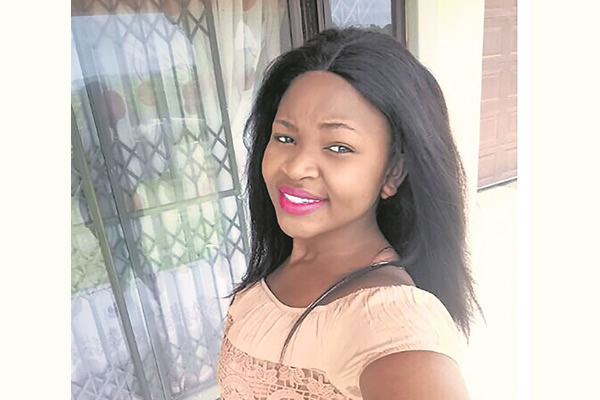 THE family of Anele Zulu is waiting patiently for justice.

The 23-year-old was gunned down, allegedly by her sangoma fiance Simo Cele (33), at her parents’ home in Emagcino Village in Mandawe, KZN, last Monday. Anele’s grandfather, Martin Gama (71), told Daily Sun the family was saddened by the incident but would wait for justice to take its course.

“I was at home when Anele’s fiance came looking for her. I was busy in a back room, but other family members who were in the sitting room told me the suspect came in and asked where Anele was. When they told him she was in her bedroom getting ready to go to sleep, he went straight there and shot her,” he said.

Martin alleged after Anele was shot, Cele came to him and said he had finally shot Anele after giving her several warnings over allegations that she was cheating on him.

“I thought he was joking, but when I rushed into the house I found Anele lying unconscious in a pool of blood. We rushed her to GJ Crookes Hospital, but she was declared dead on arrival,” the madala said.

Martin said he knew nothing about his granddaughter cheating on Cele.

“They had been living together since 2015 and he had even paid lobola for her. In November Anele came back home and told us she was no longer happy in her relationship because the suspect had turned abusive. We did not question her much about it. We simply welcomed her back home because we understood she needed comfort.”

KZN police spokesman Lieutenant-Colonel Thulani Zwane said: “The suspect handed himself over at the Scottburgh cop shop on Tuesday and appeared briefly in Scottburgh Magistrates Court on Thursday. The case was remanded to Thursday for a bail application. Scottburgh cops are investigating a murder.”