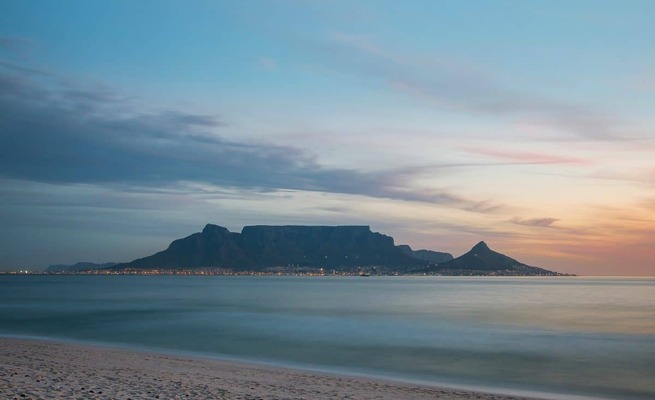 Cape Town has been rumbling this weekend: Following reports of an earthquake on Saturday, another tremor has been felt on Sunday morning.

The Council for Geosciences (CGS) has delivered an update to South Africans this weekend after Cape Town experienced an earthquake on Saturday evening. However, the experts were left shaken themselves when reports of a second tremor filtered through on Sunday morning.

TWO SEPARATE EARTHQUAKES REPORTED
It was widely reported that many regions in the Cape Town Municipality were shaken by a 6.2 magnitude quake which occurred deep in the South Atlantic ocean yesterday. The rumbling was recorded at 19:10, before being felt in various locations some 90 minutes later. But the CGS has explained that this is the result of two separate seismic events.

They have gone on record to state that Cape Town was hit by a ‘different tremor’, reported at 20:41. This came in at 2.5 on the Richter Scale, measuring an incredibly low value. Nonetheless, it was enough to reportedly shake houses and move the ground across the Mother City.

However, Capetonians were rattled once again on Sunday morning, with yet another tremor reportedly rocking the region. Although we’re still trying to establish the strength of this follow-up quake, there’s no doubt it was felt in the Mother City, at around 9:15 SAST

CAPE TOWN TREMOR: NO DEATHS, INJURIES OR TSUNAMIS
The City of Cape Town has confirmed that no damage to property has been reported so far, and there were no injuries or deaths to report as a result of either earthquake. Thankfully, neither of the local tremors – nor the larger seismic event – can cause a tsunami.

“The Council for Geoscience can confirm that an earthquake occurred at 20:41 on 26 September. The earthquake registered a preliminary 2.5 on the local magnitude scale, as recorded by SA’s Seismograph network. Many reports have been received from Cape Town locals who experienced a tremor during this time.”

“It does bit seem to be related to the earthquake which was recorded off the coast of South Africa. Furthermore, no tsunami warning was issued by the India Ocean warning system, and we assure the public that there is no cause for panic.”

According to the Council for Geoscience statement, seems like it was a separate earthquake in Cape Town, not related to the earlier one off the coast. pic.twitter.com/d3Lx8e9cjF