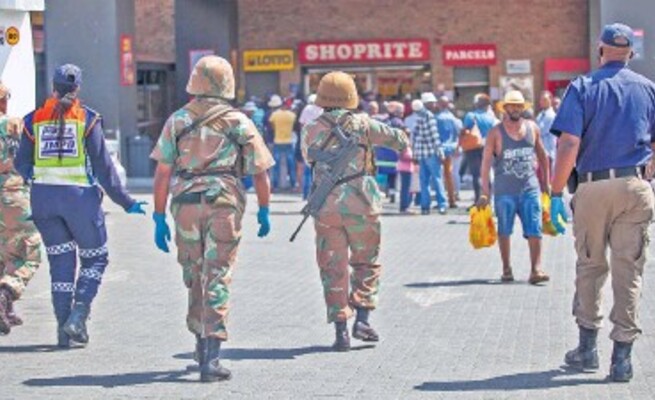 A soldier aged 29 has been arrested for shooting a man in Mogwadi, Limpopo.

The soldier is being charged with attempted murder for shooting a resident on a thigh allegedly for not wearing a face mask.

Police say the soldiers were monitoring COVID-19 compliance at a local complex in Dendron, Limpopo on Thursday.


They approached a group of people who were not wearing masks.

It is alleged an altercation ensued with the group threatening to disarm a soldier.

Brigadier Motlafela Mojapelo has confirmed that the Police in Mogwadi have arrested a 29-year-old soldier for allegedly shooting a 27-year-old man.

“The soldiers were reportedly on duty monitoring the COVID-19 compliance in the area when they approached a group of people who were not wearing face masks. When asked why they were not wearing masks, an argument allegedly ensued and one of the soldiers shot the victim,” Mojapeli said.

He will appear in Morebeng Magistrates Court on Friday, 18 September 2020.

Mojapelo added that the injured resident was taken to the local hospital where he is receiving medical attention.