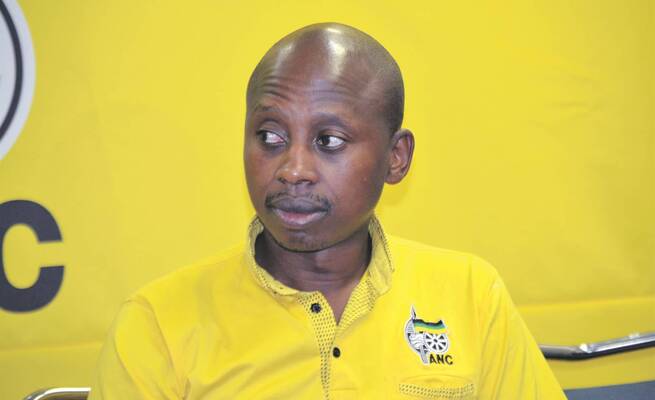 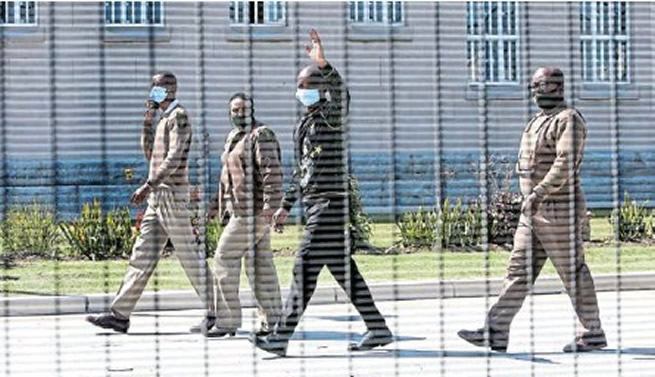 ANC Nelson Mandela Bay councillor Andile Lungisa has handed himself over to authorities at the North End Prison in Port Elizabeth where his two-year sentence for assault will commence.

A crowd of ANC members and supporters gathered outside the prison in Paterson Road with words of support for Lungisa. He also addressed the crowd, saying he was confident that the Constitutional Court would rule in his favour.

He was convicted of assault with intent to do grievous bodily harm after smashing a glass water jug over the head of DA councillor Rano Kayser.

Yesterday, Lungisa maintained he had merely defended himself and that not even Kayser wanted him to be sent to jail. He will apply for an extension of bail on Monday in the high court in Makhanda.

This week, Lungisa told Sowetan’s sister publication The Herald that he is not suited to the “unpalatable food, uncomfortable sleeping arrangements, risk of violence and degrading ablution facilities” that come with a prison sentence. Plainly put, Lungisa believes sending him to jail would be cruel – and the public at large would not want him to be subjected to such an inhumane punishment.

In a petition to the Constitutional Court for leave to appeal against his sentence, he said the effective two-year jail term imposed on him was not fair, not justifiable and fell foul of his constitutional rights.

As his latest motion is considered by SA’s highest court, he also wants his bail of R10,000 to be extended by the high court in Makhanda, at least until the final gavel is sounded on his future. Represented by advocate Terry Price SC and attorney Alwyn Griebenow, Lungisa likened a short stint of imprisonment to a short, sharp rap over the knuckles – something he says he does not deserve.

For the Constitutional Court judges to consider a lesser sentence, Lungisa must show a constitutional issue or raise an arguable point of law of public importance.

“Our courts have repeatedly spoken about the danger of short-term imprisonment as a result of what prisons can do to people,” Lungisa said.

He said the Supreme Court of Appeal had failed to properly or adequately consider his personal circumstances in dismissing his appeal against his sentence last week.

Lungisa said being a first time offender, he was not inherently a violent person. In fact, he believed he had had an inspiring effect on society.

He also had a wife and seven children, with whom he shared a loving relationship. “They will be devastated if I am sentenced to jail,” he said.