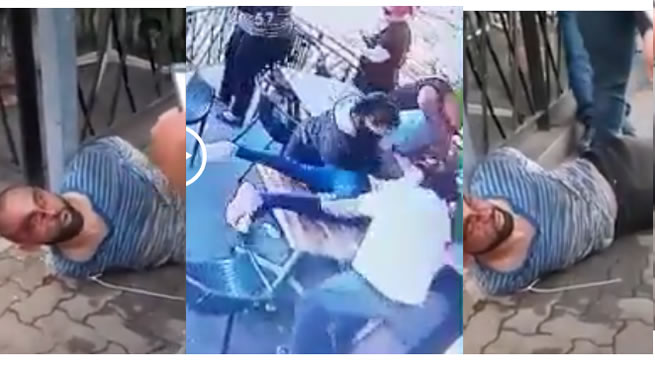 Warning: The content contained within this article features graphic imagery of a violent nature which some readers may find disturbing.

A shocking CCTV video footage posted on social media shows a man attempting to kidnap a 4–year-old child at a restaurant in Florida, west of Johannesburg.

In a video that has gone viral on social media, the suspect is seen trying to grab the child while she was sitting with her mother and another woman.

The family and members of the public wrestle with the man and manage to detain him until the Police arrive and he was later arrested.

The man who tries to kidnap the child speak… WATCH (Video as received) https://t.co/UJTG80PvcJ pic.twitter.com/pmsXlV6pFa

A follow-up video was also posted while the suspect was laying on the ground and many theories and assumptions have been made. According to social media users, the suspect was trying to take the child to Nigerians in exchange for drugs. This, however, cannot be confirmed at this stage.

Other social media users claimed the father of the child sent the suspect to take her amid an alleged heated custody battle. Others commented on the woman at the next table who was seen casually and nonchalantly drinking throughout the incident.