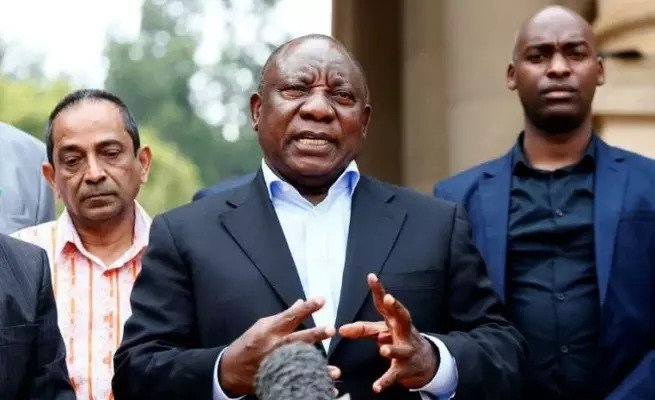 SA could expect a “family meeting” as early as next week about reducing the level of lockdown restrictions.

This comes after President Cyril Ramaphosa and health minister Zweli Mkhize have hinted that SA could be moving to level 1 soon.


Ramaphosa on Wednesday said he would address the nation on a range of issues next week.

According to Ramaphosa, some of the proposals are from religious leaders who are requesting an extension in the number of people who may attend gatherings.

He said the sports sector, the entertainment, hotels and tourism industry had also submitted proposals.

“We are considering all of that as we do an evaluation of where the infection rate is. We will be able to give consideration to all of these proposals and get advice,” said Ramaphosa.

“This is where we will need advice from the Medical Advisory Committee as well as from our [National Joint Operational and Intelligence Structure] NATJoints, which is the real engine of monitoring our coronavirus approach. So we will be giving consideration to all that.

“ Watch this space next week as to where we end up as a nation as far as this is concerned.”

Speaking to Radio Islam on Wednesday, health minister Zweli Mkhize said Ramaphosa would give an indication of possible changes in a few days.

However, he did not give a clear date as to when this would happen.

“The president will come out in the next few days and give us a sense of direction, but we will be preparing for people to start easing to the next level. When that has been announced we will move onto that level, but it has not been decided yet.”

Worst is over for SA

Mkhize said SA had passed the surge and the worst was over. He said hospitalisation numbers had reduced, and the number of people in intensive care was reducing.

“We can safely say we are over the surge. June, July and August were the worst months, as predicted by our models. However, we found that not as many people as the model suggested would be affected,” he said.

“We must be very optimistic but still very cautious. We are not seeing the end of the disease yet.”

The sooner we move, the better

During a media briefing on Monday, Mkhize also said the latest Covid-19 data for the country showed an improvement.

“It would have been logical that from level 3 to level 2, there would have been an increase in numbers, it didn’t happen. We don’t conclude [it's over], because we have seen what happened in other countries where there was a lull for a few weeks before a resurgence,” said Mkhize.

“The sooner we can get to level 1 the better. The sooner we have a normal economy the better, it is better for the country. We are hoping South Africans will understand that to get there, we have to make sure we are just as cautious in level 2 so that there is no resurgence.”

What could change under lockdown?

According to the draft risk amendment strategy, all “normal” activities will resume, with precautions and health guidelines followed at all times.

Level 1 lockdown may see restrictions on the following being lifted:

International passenger air travel for leisure purposes
Passenger ships for international leisure purposes
Attendance of any sporting event by spectators
International sports events
Night clubs
Reopening of borders
No limitation on personal movement
All mining at 100% employment
All private household employment permitted
The information is from the draft Risk Adjustment Strategy and will only be finalised at a later date.

Watch Ramaphosa respond to Sanef questions (skip to 2:06:00 to hear what he says about level 1)