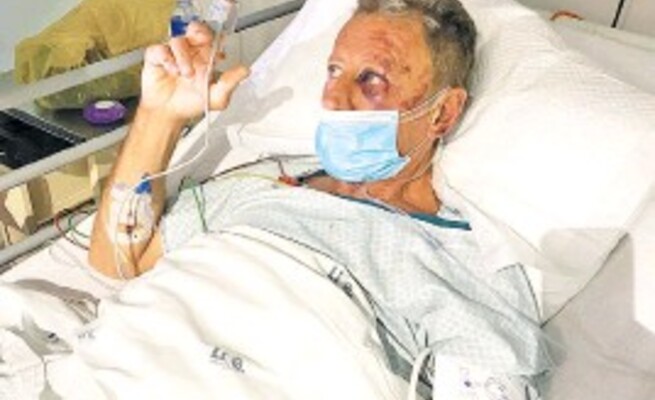 Nick Bester’s advice to athletes is to train only in groups and be armed if possible. This is after the former Comrades and Ironman champion was severely beaten up by three men while out on a training run in the Magaliesberg mountains close to Pretoria last Sunday.

Bester, now a world-renowned coach, was released from hospital yesterday morning. He said he was fortunate to be alive after the ordeal.

“I’m one of the lucky ones,” said the 60-year-old. “Fortunately the guys who attacked me didn’t shoot me or stab me.

“They hit me with rocks and kicked me. All they wanted was money and whatever I had on me.”

Bester said he would not be comfortable going back into the mountains on his own again. This was the second attack on the former Comrades runner in 10 years.

“I won’t go out on my own again. I’m done. One also has to avoid certain places,” he said.

“My advice would be to go into secluded areas only in a group.

“And, if you can be, make sure you’re armed. And be awake all the time, be aware of your surroundings and never drop your guard.

“I was stupid, I wasn’t awake. I could have avoided it.”

The three men who attacked him stole his gun, running shoes, smart watch, an earpiece, sunglasses and bank cards from which R10 000 was withdrawn.

“I always carry a bank card or two with me, in a pouch, so I can buy coffee or something after a training session.

“They took my card and forced me to give them the pin. They took me to a grotto-like place, tied me up and hit me with rocks.

“I thought they were going to shoot me in this place. Luckily, they left me and in time I was able to find my way to safety.

Bester said his son, ShaunNick, and security specialist Mike Bolhuis had been back up to the spot where he was attacked and found several items, among them more than a dozen different bank cards scattered around the area.

“They found 20 credit cards up there and a bunch of other things.

“They called two of the people [who had previously been attacked] and the stories were the same as mine.

“These guys hide in the bushes there or behind a rock and they follow you before attacking you. I think these types of robberies happen all the time,.

“I know that on Sundays there are always a lot of people going up the mountain and there are also churchgoers who I’ve heard have been robbed.”

Bester said he was experiencing different aches and pains every day. “I’m alright,” he said. “My face will heal. I’ve got stitches in three places on my head, but those will get better.

“The worst is the ribs that are broken; they’re very sore.

“And today, because my hands were tied behind my back and my feet were bound, forcing me to drag myself along the ground without shoes and exposing my feet to the elements, my heels are inflamed and very sore.