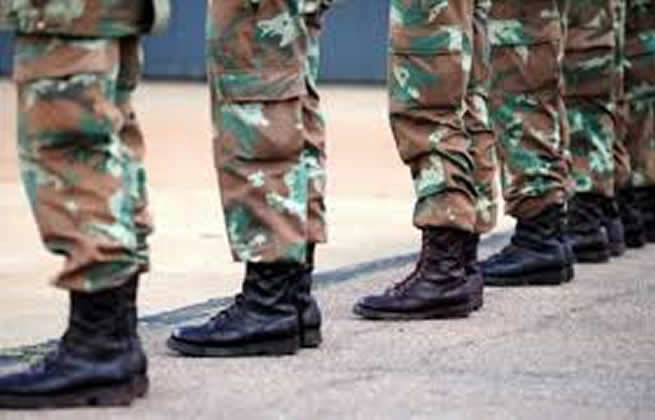 A 44-year-old soldier in the South African National Defence Force (SANDF) has been charged with attempted murder after allegedly knowingly and intentionally infecting his partner with HIV.

The accused, who cannot be named to protect the identity of the victim, appeared briefly in the Pretoria Magistrate’s Court yesterday.

The staff sergeant, stationed at the SANDF’s Special Forces Unit based in Phalaborwa, Limpopo, has been charged with attempted murder, with an alternate charge of rape under false pretences.

According to the charge sheet, being in the SANDF, the accused underwent compulsory medical examinations, which included tests for HIV, on a regular basis.

In October 2007, he tested positive for HIV at the SANDF sickbay in Phalaborwa. Further tests confirmed his positive status.

In 2016, the accused became romantically involved with a corporal in the SA Air Force. The accused had consensual and unprotected intercourse with her on several occasions between December 2016 and April 2017.

It’s alleged that, during this time, the accused never revealed his HIV status to her. Shortly before the two got romantically involved, the woman tested negative for HIV, in August 2016.

The charge sheet further states that she did not have sexual intercourse with anyone from the time she received her HIV report until she became involved with the accused.

The accused allegedly made his partner believe that he was HIV-negative, which led to her to being persuaded to have unprotected sexual intercourse with him.

The charge sheet further alleges that the accused either refused to wear a condom during sex, that he would prematurely remove the condom before the completion of sexual intercourse, or that he would insist and persist in having unprotected sex with the victim.

The victim tested positive for HIV in April 2017. According to the charge sheet, the man has been charged with attempted murder.

The matter against the accused, who is currently out of custody on a warning, has been postponed to 16 September.