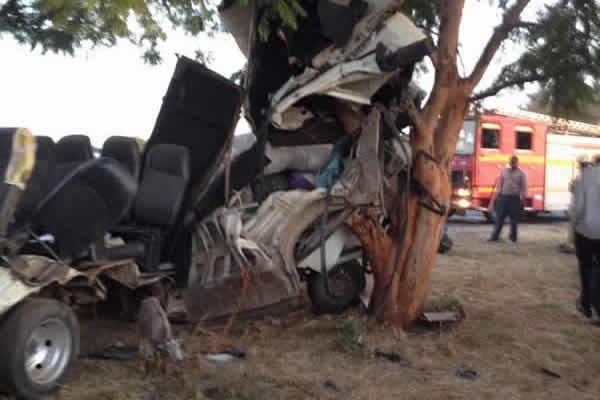 Seven people died and two were injured after an ambulance crashed into a vehicle carrying stolen sheep.

The accident happened on the N4 between Kuruman and Kathu, according to the Road Traffic Management Corporation (RTMC).

"The occupants of the sedan had apparently stolen the sheep and they panicked when they saw an approaching ambulance," RTMC spokesperson Simon Zwane said.


He added the driver of the sedan attempted an illegal U-turn which resulted in the ambulance crashing into the vehicle.

Seven people in the sedan died on the scene, while the two occupants of the ambulance were injured.

"Seven sheep carcasses were discovered in the sedan," said Zwane.

A case of culpable homicide is being investigated by the Kathu police.