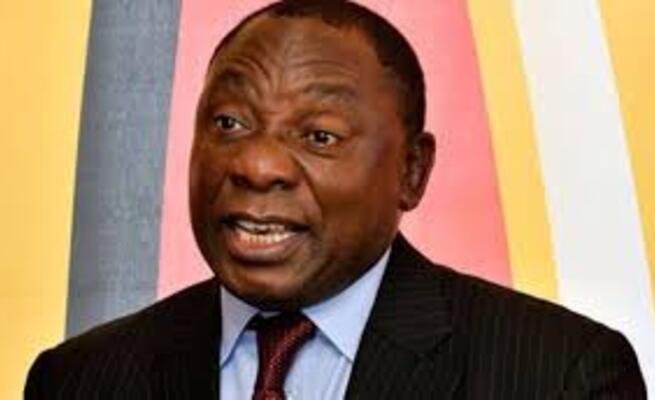 South African Minister of Finance, Tito Mboweni, breaks with protocol and tell President Lungu exactly what he thinks about his firing of Dan Kalyalya as Bank of Zambia Governor. pic.twitter.com/xLpsvpu0bl

In one tweet, Mboweni promised to mobilise if not provided with reasons why the Central Bank Governor was fired by Lungu.

Ramaphosa assured the people of Zambia that Mboweni’s remarks did not reflect the views of the South African government.

In a statement on Monday morning, Ramaphosa said the issue was being addressed to ensure there was no repeat of such actions by the finance minister.

The President of the RSA, H.E @CyrilRamaphosa, has strongly reprimanded the Minister of Finance, Mr Tito Mboweni, following comments made by the Minister on social media regarding the removal of Zambia’s Central Bank Governor by President Edgar Lungu. https://t.co/BO0PyzW9CS

Mboweni’s views have faced fierce criticism on social media with some wishing he would rather focus on the country’s issues.

We are very surprised with Tito Mboweni's immature and improper criticism of a sovereign decision by Zambia. The Minister should be attending to COVID problems facing the South Africans, our focus here. We will pursue matter diplomatically.