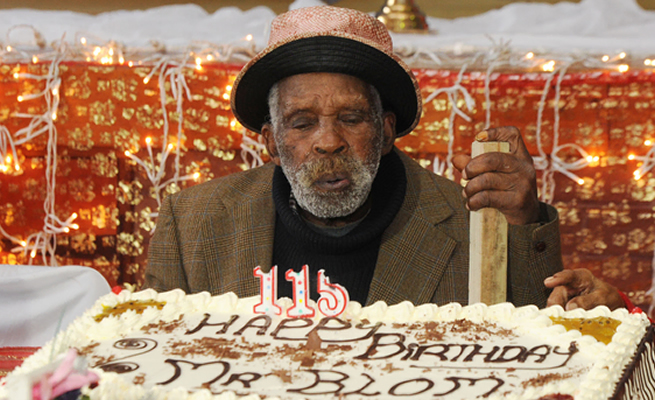 The beloved oupa died at his Delft home on Saturday morning after a short illness.

Earlier this week Oom Fredie’s family told the Daily Voice his advanced age had finally caught up with him after he stopped eating and was bedridden for two weeks.

In July, he was hospitalised for a day after having breathing problems.

Fredie was born in Adelaide in the Eastern Cape and worked as a gardener until the ripe age of 106, when he still chopped wood in the bush.

Fedie celebrated his 116th birthday in May.

Oom Fredie, who has no children, leaves behind his wife of 50 years, Janetta, 87.