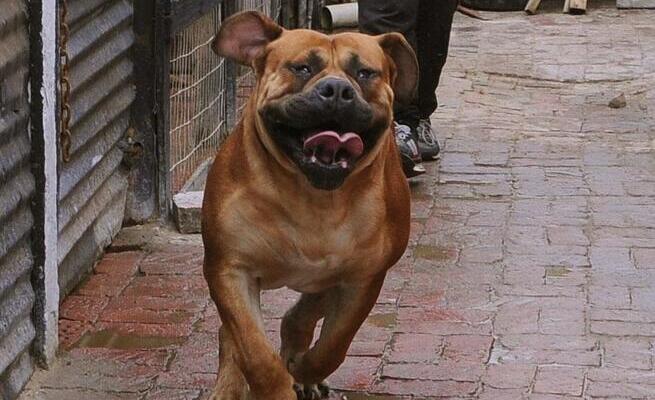 Residents of Reeston Township in East London fear more dogs will dig up more pieces of the baby.

The residents are reeling with shock following the dog's disturbing discovery.
The police have been slated for allegedly botching the search for the missing body parts.

Eastern Cape police have opened an inquest docket after the discovery of the head of a two-month-old child.

Resident Sizwe Ntloko said the head was dropped at his feet by his dog as he was about to leave for work at 07:00.

At 09:54 community activist Nosicela Wewe called News24 and said: "The head is still here. We don't know what to do with it. The police just drove off after waiting for too long for forensic services. It is on the stoep of a neighbour.

"I have never seen anything like this. I took a decision not to go to work and called community members."

"A head of a baby was found in Khayelitsha's Reeston Township that was dragged by a dog to a home. The owner saw it in the morning. The baby is estimated to be two months old.

"The K9 Unit was dispatched to check for the body in the bushes nearby, but they couldn't get anything. The head was taken by the mortuary van and the police have opened an inquiry. No arrests have been made at the moment," added Tonjeni.

Later on Friday, Wewe said the police had removed the head, adding the K9 Unit did not participate after its lone dog refused to do its job.

"They are not telling the truth. The dog refused to step outside the bakkie. Its handler even tried to lure it out of its cage with a bowl of water, but it refused. They drove back without using the dog. They explained that the dog was sick and promised to bring a healthy dog to do the job. It's after 6pm and I doubt they will come again."

She said she asked the police if they would wait for dogs to drag more pieces of the baby to the house.

"Their response was that their dog was sick and that they will fetch another one."

News24 took Wewe's allegations back to the police.

However, Tonjeni could not be reached at the time of writing. His response will be added once received.