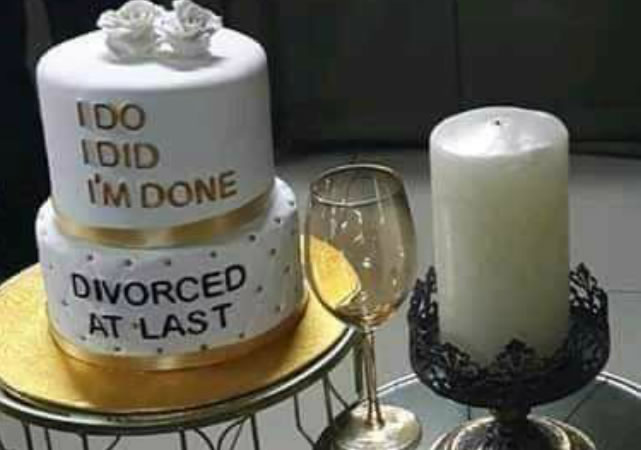 There's a party for everything these days, First bridal showers, then fancy baby showers with a throne, then gender reveal parties, Now people are celebrating something new too: DIVORCE.

A woman named Mabidietsa Rasentsoere (32) just had a divorce party with close friends and she enjoyed every minute of it. 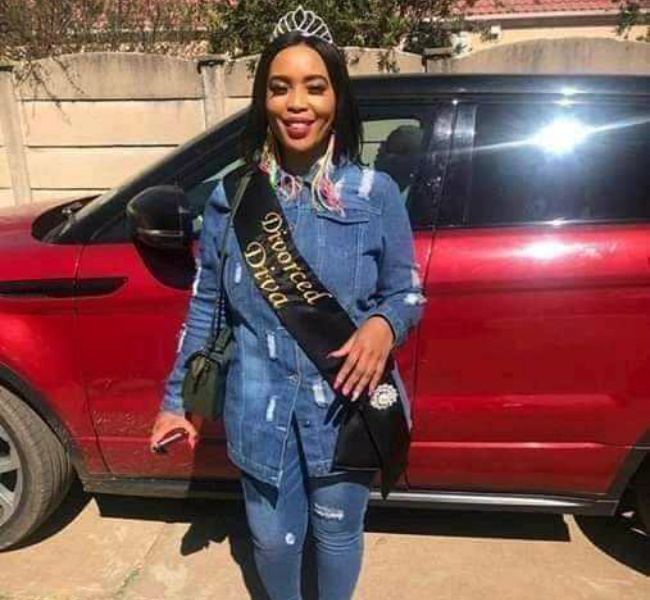 She wore a black sash with the words "Divorce Diva" on it; had a fancy cake made with the words "I DO, I DID, I AM DONE, DIVORCED AT LAST" on it and had a huge smile on her face the whole day. 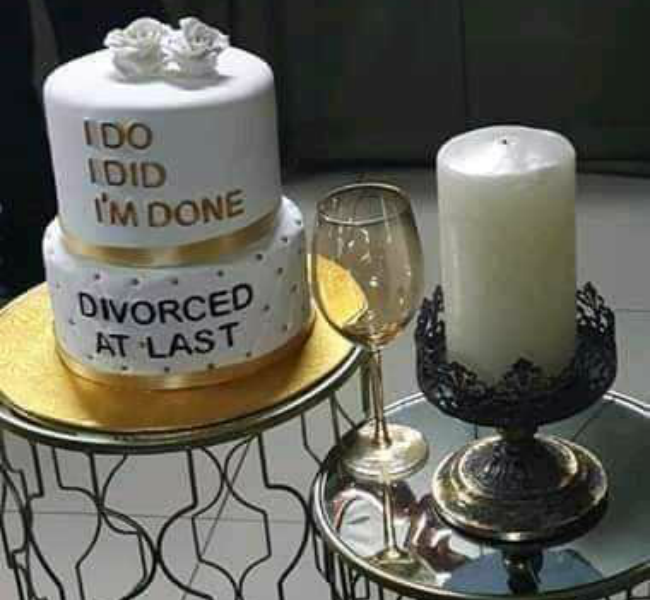 It was a special day she'd been looking forward to after years in a marriage that did not serve her.

she finally left her abusive partner: "He was an ex-convict, but I believed that people change"

Mabidietsa from Vosloorus in Gauteng got married at the age of 23. Head over heels in love, it felt like pure bliss to meet the "perfect" man at that time. "He was the man of my dreams," she tells DRUM. The two were so in love that they dated for about a month before he asked for her hand in marriage. In the same year, they got married and started their lives together,hoping for happily ever after.

"But in the same year, the affairs started. This was supposed to be our honeymoon phase. I hadthe fear of going back home since my family was actually against the marriage in the first place," Mabidietsa says.

So she stayed hoping things would get better. But the challenges just kept coming. Financial troubles, infidelity and emotional abuse topped the list. But Mabidietsa stayed because she wanted to make it work and a part of her wanted to fulfil the idealistic dream of being married to the man of her dreams and living happily ever after. Until she just couldn't take it anymore.

"Society teaches women that marriage is an achievement. No, marriage is a blessing. That is what we are taught to aspire to as girls. It is unnecessary pressure. When a woman divorces, she didn't fail, it didn't work out. The stigma is unnecessary. Women who are divorced are mocked and called "return soldiers" she says.

Mabidietsa sees herself as a soldier but for a different reason. "I felt like I was at war in all those years. I survived that war," she says.

For two years, she went for counselling and finally found the strength to move out in December last year and last month, the divorce was finalised.

"It was never easy to leave. It was not easy at all, but I am glad I left now when I was matured. I decided to stay so I could sort myself out, go through counselling and heal," she said.

While she was working on healing, she wanted to boost her confidence, so she entered a beauty
pageant where she was crowned Mrs Vaal 2018/2019.

"I did the pageant to distract myself and this helped because I realised the good things about me and that I am beautiful and worthy," she says.

I owe myself happiness first before someone can give that to me. I finally found myself. I am celebrating myself and there is absolutely nothing wrong with that," she continues.

Her decision to elebrate her divorce was criticised by some on social media. "I am one of the bravest women around. Whatever people say on social media, I don't take it to heart. They are entitled to their own opinion and it doesn't affect me.

I am not going to let anyone criticise me for something that makes me happy," Mabidietsa