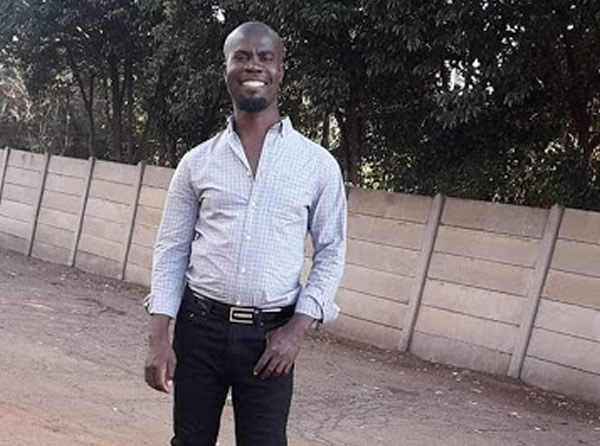 Four men appeared in the Daveyton regional court on two counts of murder yesterday after months of investigations into the disappearance of a tenant from a plot in Putfontein, Benoni, on the East Rand.

Yesterday, emotions ran high as it emerged in court that Tony Mziza, 37, was tortured and shot dead in cold blood, allegedly by his landlord.

Investigating officer Dt-Sgt Moswarisheng Makofane told the court that Mziza disappeared from the plot on May 21 after his stock worth R361,714 which was being kept in a storage container on the plot went missing.

Makofane said Mziza and his family were in trucking business but the stock that was stolen was 24 tons of plastic granules.

Makofane told the court that after his arrest, Roberts confessed to two murders – including that of an unidentified man who was tortured, shot dead and his body dumped in a veld.

The court heard Makofane's evidence in the bail application of the two Holmes, Roberts and Mpotswang. They were first denied bail on Friday.

"The three – Mpotswang, Ronny and Jappie who was the driver of a white bakkie with a trailer – went back to the veld and picked up the body," Makofane said.

He said they went to an unknown location where Roberts claimed they put the body in a grinding machine and later fed the shredded remains to the pigs. "Roberts showed the police a video of them (the trio) shredding the body," he said.

Makofane said the video had been given to him as evidence that they got rid of the body and destroyed evidence. "He (Roberts) also told police that there were firearms and a head of a human being in one of Ronny's six drains at his Rynfield home, which turned out to be true, leading police to arresting Jappie and Ronny red-handed as they tried to suck out the human head from the drain," Makofane said.

He said the family, on realising that Mziza had disappeared, reported the matter to police. That's when they were informed that there was a body that was burnt beyond recognition which police had collected on the veld – about 300m from Roberts' plot.

Makofane said the family positively identified Mziza, a father of five, and police investigations led to Roberts' arrest and his subsequent confession to the murder on August 2.

As Makofane gave his evidence, Mziza's father, who asked not to be named, buried his head in his hands as emotions overcame him.

Outside court he told Sowetan: "His disappearance did not make sense and that is why we had to dig deeper and get police to investigate his murder. We believe that he was killed for the stock that went missing in our container that was kept for storage in our rented space at Roberts' plot," said the distraught father.

The father told of how his son's boots were the only thing left to identify his charred body.

Mziza's cousin, who also asked not to be named, said he went to open the case after realising that Roberts' story was not adding up after confronting him about the missing stock and his cousin's whereabouts. "I cannot believe the cruelty that I saw with my eyes. Not even an animal deserves to be killed like that," he said.

The cousin said they have not been able to bury Mziza as they were still awaiting DNA results.

The case was postponed to tomorrow for the continuation of the bail hearing.