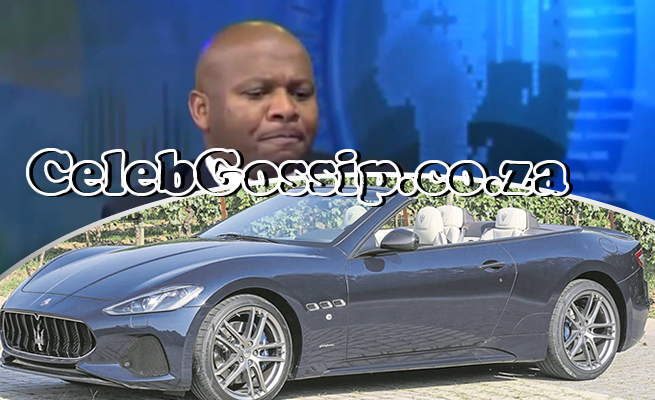 A total of 35 vehicles, including bakkies, SUVs, sedans and a sleek Italian sports car, as well as several properties in upmarket gated communities and a farm, have been seized from a Transnet executive and his family.

The order, dated July 30, was applied by the Special Investigating Unit (SIU), which, together with Transnet, believes that the assets are the proceeds of crime. The assets are spread across Gauteng and the Free State.

An order of the Special Tribunal, which City Press has a copy of, reveals that Msagala, his family members and the trustees of his family trust were prohibited from disposing of the listed properties.

“The first to the tenth respondents are prohibited from dealing in any manner with the property listed in schedule A attached to this order. Aviwe Ndyamara, a director at [insolvency and liquidation firm] Tshwane Trust, is appointed as curator bonis subject to the applicable provisions of the Administration of Estates

Act 66 of 1965, as well as the supervision of the master of the high court,” the judgment reads.

The attached assets include a fleet of cars, six bank accounts, a plot in the upmarket Dainfern suburb in northern Johannesburg, two farms in the Free State and three other properties.

The tribunal ruling also bars Transnet from paying out any pension money due to Msagala, pending the finalisation of the tribunal process.

Msagala, who was suspended in January, has been given until September 29 to state why his properties should not be forfeited to the state or to Transnet. In the founding affidavit to support the attachment application, SIU chief forensic investigator Vervandhan Govender said the unit had established evidence showing that Msagala had allegedly “engaged in corrupt activities in 2015 and 2016, when he was a senior executive of Transnet, with contracted supplier [engineering firm] IGS Consulting”.

Govender alleges that Msagala received “cash payments worth more than R18 million from IGS and its controlling owner and chief executive, Sipho Sithole. These constituted secret profits made at the expense of Transnet, as well as bribes, kickbacks and/or improper benefits.”

Msagala allegedly used these payments largely to acquire a series of immovable properties and vehicles, which he registered in the name of the family trust, whose assets and bank accounts he controls. He also allegedly registered other assets in his daughter’s name.

Govender used an investigative report by Nexus Forensic Services, which was commissioned by Transnet in 2017, as a basis for the application.

The report, which City Press has seen, alleged that Msagala, in his capacity as head of Transnet Capital Projects, had an “improper and corrupt relationship” with IGS and Sithole.

Nexus also found that Msagala “unduly and improperly influenced the procurement of various contracts relating to the project, [ensuring that said contracts were] awarded to IGS in exchange for receiving gratification for his benefit”.

In his application, Govender wrote that he studied the movement of the money belonging to IGS and Sithole on the one hand, and the accounts belonging to Msagala and his associates on the other.

“The evidence which we uncovered during the SIU investigation revealed that Msagala directly and through his Msagala Investment Trust received a total amount in excess of R18 million from IGS and Sithole during the period from January 2015 to December 2016,” Govender wrote.

During the period in review, Govender said that Msagala could not have acquired the assets from his employment at Transnet.

In analysing Msagala’s bank accounts, those of IGS and Sithole, Govender found that: “All large cash deposits were made at the Sandton City branch of Standard Bank and attracted substantial service fees.

“This is evidence of the fact that Msagala used cash deposits as a convenient method of disguising the source of these funds. He was prepared to part with substantial amounts as service fees levied on the cash deposits. This could have been avoided if the money was transferred in a more convenient and usual manner, such as electronic fund transfers,” Govender wrote in the affidavit.

The SIU also discovered that Sithole’s family trust paid for the conveyancing fees for Msagala’s Dainfern house and gave him a massive loan to tile the property.

The SIU also discovered several cheque payments that were issued by IGS and deposited into Msagala’s family trust.

“Based on the background facts, particularly what emerges from the banking transactions, it is submitted that there is irresistible inference which should be drawn that the funds in Msagala’s bank accounts were deposited by Sithole of IGS as gratification for Msagala having influenced, or in order for Msagala to influence, the awarding of the contracts to IGS as he did.”

The SIU found that several properties owned by Msagala were not bonded and were paid for in cash.

“Msagala also acquired two further properties and registered them in the name of his daughter. At the time when the properties were registered, she was still a minor and did not have any source of income to enable her to buy any property,” Govender said.

Last year, Transnet successfully secured a high court order that compelled IGS to repay all the money it had unjustifiably acquired from Transnet.

Special Tribunal spokesperson Selby Makgotho confirmed that an unopposed application for a preservation order against Msagala had been heard by Judge Peter Selewe Mothle.

“The SIU and Transnet approached the Special Tribunal on an urgent basis for a preservation order in an effort to recoup an estimated R160 million from Msagala and IGS, which had substantial business dealings with Transnet’s Capital Projects division.

“According to the papers before the Special Tribunal, Msagala entered into a dubious business dealing with IGS, to which various amounts totalling R18 million were paid by way of cash cheques. Further funds were channelled to investment trust companies which he created, one registered in the name of his daughter. In terms of the preservation order, Msagala’s bank accounts, four immovable properties – two in Gauteng and two in the Free State – and about 30 vehicles have been frozen. The curator bonis has been appointed to manage the assets,” Makgotho said.

Msagala and Sithole did not respond to several attempts by City Press to get their comments.