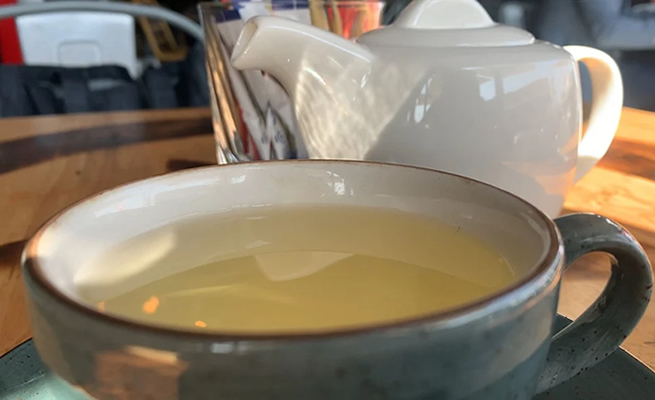 A few Johannesburg restaurants have seemingly taken matters into their own hands, selling alcohol to customers even though a nationwide ban on the sale of alcohol sales is in place under Level 3 lockdown regulations.

While some restaurants have gone to great lengths to conceal the booze, others are far more cavalier and openly serve cocktails. The alcohol sales ban was introduced on 27 March – the first day the country went into a hard lockdown (Level 5) to delay the spread of the novel coronavirus.

It was momentarily lifted in June when the country moved to a Level 3 lockdown but was reintroduced on 12 July after an increase in alcohol-related trauma incidents put additional pressure on South Africa's already overburdened healthcare system.

The restaurant industry, however, has been hard hit by the ban and many outlets have struggled to stay afloat.

News24 visited two establishments in a popular restaurant strip north of Johannesburg after it was reliably informed that one was selling alcohol disguised as tea.

At the first restaurant, News24 asked a manager, who appeared nervous, what "tea" they had on offer.

The manager said only had a limited selection of wines were available and went on to explain that these were only sold by the bottle and were served in teapots.

To complete the charade, the waiter served the "tea" along with sachets of sugar.

But the service comes at a price – a bottle of Springfield Life from Stone Sauvignon Blanc, will set you back a hefty R320.

The second eatery was far more relaxed in its approach, which is evident in News24 footage of a waiter carrying a tray of mojito cocktails to a table. One woman assured News24 that her cocktail was not of the virgin variety.

A mojito at this establishment costs R100.

News24 decided to investigate further, visiting another two establishments in a suburb south of Johannesburg. Both of which were selling alcohol.

The first, a local spaza shop, had a small assortment of ciders openly displayed in the fridge. A 440ml can of Hunter's Dry, was R40.

The second establishment, a restaurant, was also casual about serving alcohol. When News24 asked what alcoholic beverages they had on offer, the waiter said they had three cocktails and that all were served in glass jars. The prices ranged from R90 to R120.

However, it seems consumers might not have to go to extreme lengths to get their booze fix for much longer.

News24 reported on Wednesday that the National Coronavirus Command Council and Cabinet have been advised to lift the ban on the sale of cigarettes and alcohol and move the country to Alert Level Two of the nationwide lockdown.