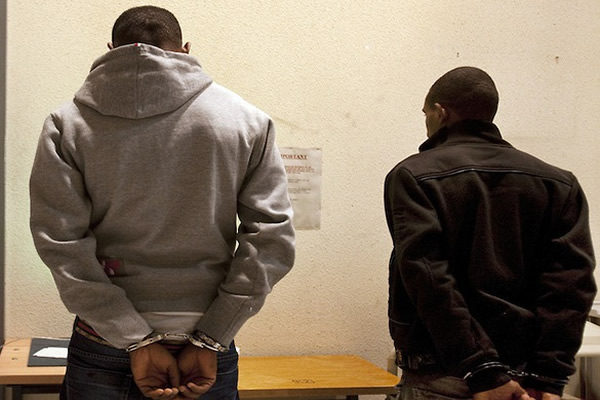 Two brothers were arrested after 19 guns and a cut off human head were discovered in Putfontein.

They were denied bail and remanded in custody.

Nine of these firearms have been confirmed as licenced but were seized for ballistic testing, along with the other ten and the illegal ammunition.


Police spokesperson Brigadier Mathapelo Peters said in May 2020 cops opened an inquest docket after discovering a badly burnt body of an unknown male in Putfontein.

Coincidentally, a family came to report a missing person at the police station and, working closely with the family, police were able to confirm that the badly burnt body was, in fact, that of the missing person, with evidence of a gunshot wound. For this, a murder case was then registered for further investigation, said Peters.

Subsequent investigations led police to the deceased's landlord and further revealed that the same landlord could possibly be linked to a June 2019 murder of a victim who was allegedly decapitated, and the head dumped into a septic tank on another plot in Putfontein.

Peters said on Sunday 02 August 2020 cops found one illegal firearm and multiple rounds of ammunition on the landlord's property, for which he was arrested

On Tuesday 04 August 2020 police followed more leads and found in Benoni, five illegal firearms, and ammunition. A suspect is yet to be arrested.

Meanwhile, on the same day, police arrived at a different plot in Putfontein and searched the property.

On Tuesday 04 August 2020 police followed more leads and found in Benoni, five illegal firearms, and ammunition. A suspect is yet to be arrested.