Home General News Uzalo producer and Jacob Zum's daughter Thuthukile Zuma to be given a... 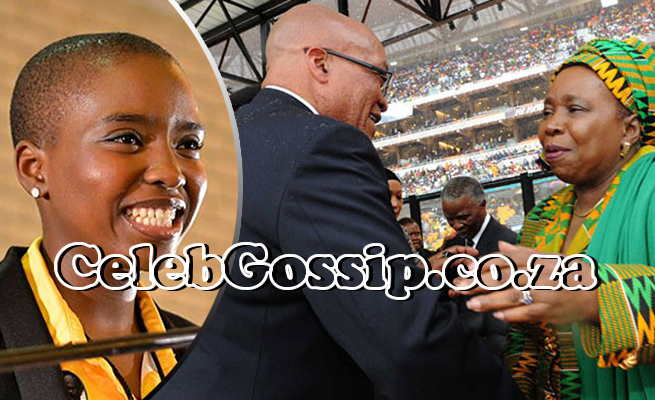 Thuthukile Zuma is among the seven candidates which Parliament will recommend to President Cyril Ramaphosa to appoint to the National Youth Development Agency (NYDA) board.

After a sub-committee comprising of members of the select committee on health and social services and the portfolio committee on women, youth and persons with disabilities worked late into the night – these two committees both adopted the reports recommending the candidates on Wednesday.

The DA objected to the candidates, except for political analyst Mnguni.

“We are of the view that the majority of the candidates are politically compromised and have been installed by the ANC members of the committee in yet another classic case of ANC cadre deployment,” reads a statement from DA MP and the party’s youth leader, Luyolo Mphithi.

“The DA will not sit by and watch as Parliament passively enables the NYDA board to be turned into a graduation school filled with ANC cadres.”

He said they were exploring “all the available legal avenues” to challenge the recommendations.

“These board recommendations is yet another example of how the ANC continues to brazenly install its cadres at public entities in order to facilitate the capture and looting of the public purse.”

According to her CV, which is on Parliament’s website, her first job after completing a BA with Honours in Anthropology at the University of the Witwatersrand in 2012, was as a public liaison officer at the State Security Agency.

In 2014, she was appointed as then minister of telecommunications Siyabonga Cwele’s chief of staff. She left this position the following year. Cwele is listed as one of her references.

Currently, she works as a freelance administrator and writer for television production company Stained Glass Productions, which produces the telenovela Uzalo .

Mtsweni, who was ranked first by the committee, is the previous NYDA board’s chairperson. Mtsweni holds a qualification in Sports Management and a certificate in SMME Management and Project Management.

Sasco president Mjajubana made the news last year when his name cropped up on the list of people who allegedly received payments from President Cyril Ramaphosa’s campaign to become ANC president in 2017.

He reportedly received R800,000 in his personal capacity. He is currently a community outreach officer in the office of Public Service and Administration Minister Senzo Mchunu.

Sekake was the spokesperson for the Young Communist League from August 2017 to August 2019.

Ponoane is the secretary of an ANC branch and her current employer is the ANC Women’s League. Until last year, she worked in the office of former deputy minister of public service and administration, Chana Pilane-Majake, who is listed as one of her references.

Mohale is a former council member at the Tshwane University of Technology (TUT). She is currently board chairperson at the Tshwane Institute for Continuing Education, a company wholly owned by the TUT.

Both houses of Parliament still has to approve the reconditions, after which Ramaphosa must appoint them.