Home General News End of the road for ANC rising stars Bandile Masuku and his... 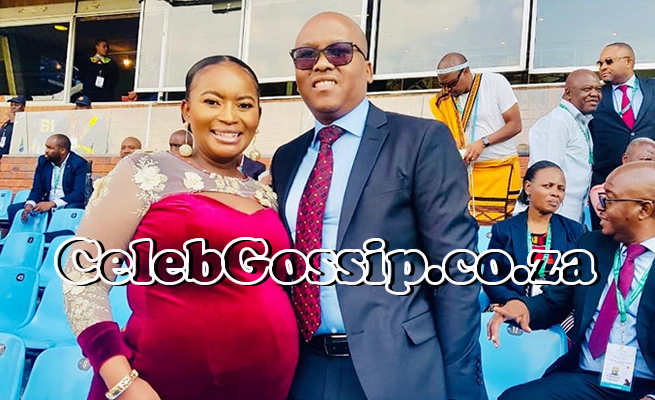 The tenders for pals scandal that has rocked Gauteng for the past two weeks could put an end to the political careers of a couple once touted as the “Walter and Albertina Sisulu of our time”.

Bandile and Loyiso Masuku were rising stars in the ANC and considered to be among the next generation of unsullied leaders in a party dragged down by a large number of old leaders with corruption allegations hanging over their heads.

This is why the ANC in Gauteng picked the young Bandile, a medical doctor, as MEC of health.

Bandile, 44, was expected to bring a breath of fresh air to a department where previous MECs have been sacked after being embroiled in scandals.

His wife, Loyiso, 36, was also moving up the ranks in Johannesburg, having been elected deputy regional secretary of the ANC and chosen as a member of the mayoral committee for group corporate & shared services by mayor Geoff Makhubo.

That is why premier David Makhura expressed his sadness at having to put Bandile on a “leave of absence” pending investigations into claims that a close family friend may have benefited from personal protective equipment contracts in his department.

At the centre of the scandal is a company called Royal Bhaca Projects, owned by chief Madzikane II Thandisizwe Diko, the husband of presidency spokesperson Khusela Diko. It has since emerged that Thandisizwe and Loyiso bought a shelf company last year called Cytozone. The company has never conducted any business.

Khusela and Bandile are members of the ANC provincial executive committee.

The friendship between Khusela and the Masukus predates her marriage to Thandisizwe. When the Masukus were interviewed by Gauteng talk radio station PowerFM in March this year, she was among those who called in to the show.

“I don’t know who is my friend between the two of them. I think Loyiso stole me from Bandile,” she said.

“Guys, you are really amazing and we love you so much, you are an inspiration and we tell you all the time that you are the Walter and Albertina of our time.

“It is you young people who are of service to the people of SA. Keep doing us proud, we love you so much.”

Today all three — Khusela, Bandile and Loyiso — are on special leave pending an investigation by the Special Investigating Unit and the ANC’s provincial integrity commission.

The three have been leaders of the ANC Youth League at regional, provincial and national level.

They form part of a group which many in the league have pinned their hopes on and are among those who have been touted to turn the tide and build an ANC that wins the hearts and minds of young people, who make up the country’s largest voting demographic.

Both Masukus share a close bond with former Gauteng premier and minister Nomvula Mokonyane and her late husband, Serge.

Bandile previously described how he had learnt an invaluable lesson from Serge Mokonyane.

“What he told me about having a partner who is in politics and who is outspoken, you need to be able to develop yourself to give them space,” he said.

“I think that was the most valuable lesson I have actually learnt from him.”

Bandile made his mark last year when he entered the executive of the Gauteng government as the MEC who volunteered in hospitals between his official responsibilities.

Before that he was the activist who also delivered babies in his professional life as an obstetrician-gynaecologist.

The former president of the ANC-aligned South African Students Congress rose to the national stage when he was appointed spokesperson of the ANC Youth League national task team following the expulsion of Julius Malema and the disbandment of his national executive committee.

In the run-up to the 2014 general elections, he was asked about the “pathetically low standard of ethics and integrity” in the country.

“It means that everyone who is accused and it is not proven will find themselves in jail,” he answered.

“Justice means that we also need to have a way of understanding what the circumstances are and that is why there is a rule in law that says audi alteram partem. So it means that you have to be able to have equality and explain yourself in the law and then you will be found guilty and there will be action. The issue of acting on the basis of rumours will be a very serious problem, I promise you.”

In the years before Bandile became the mouthpiece of the battered youth league, Khusela had the same task, taking over the reigns from Floyd Shivambu who was removed from the position after verbally abusing a journalist.

In the run-up to the ANC’s elective conference in Mangaung in 2012, Khusela articulated strongly the youth league’s desire for former president Jacob Zuma to be denied a second term.

The league — which had more than just a hand in Zuma’s rise — had thrown its weight behind Kgalema Motlanthe.

This week the ANC mission to achieve a generational mix was derailed when the Dikos and Masukus were forced to answer for a multimillion-rand contract which was allegedly awarded to Thandisizwe by the Gauteng health department.