If you are in Johannesburg this weekend and have some time to spare, you might want to head over to the Northcliff area and join a search party that could earn you a pretty penny and help reunite a family with their fur-baby. 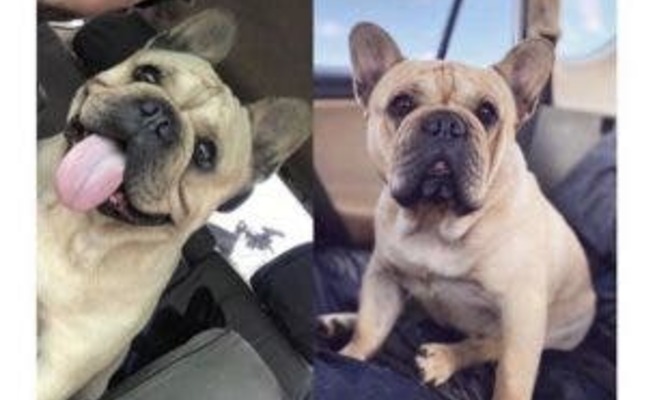 Five year old French Bulldog, Harvey, has been missing since last weekend and his owner Roxy Athanasopoulos has been frantic in trying to find him, even offering a reward of R20 000 to whoever might have an idea of where Harvey might be.

Athanasopoulos says they managed to raise the money for the reward through donations from friends, family, and local businesses.

“I just want him home. He’s my child. I feel like my child is missing, because I don’t have any human babies,” she cried shortly after starting a search party for Harvey on Saturday morning. 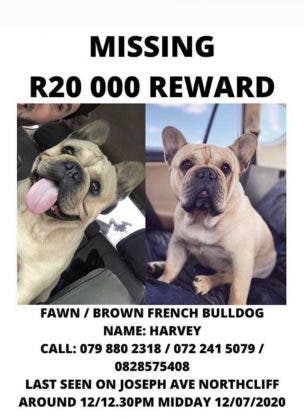 Harvey is suspected to have gotten out of his yard through a gap in the fence while the electric fence was off due to load shedding.

An emotional Athanasopoulos says she believes that people are inherently good, “and someone might have just seen him wandering about and picked him up.”

“I am so hopeful, because I am an optimist. I’m just hoping that maybe an old person found him or someone who doesn’t have Facebook or social media, so they might not have seen our posts. Maybe they’ll see the posters and realise we are looking for him.”

She and others spent the morning putting up posters and going door to door in the hopes of finding Harvey.

SEARCH PARTY FOR HARVEY: SATURDAY 18 JULY
#BringHarveyHome REWARD R20 000
Inroads made on Day 1, and now we expand on…