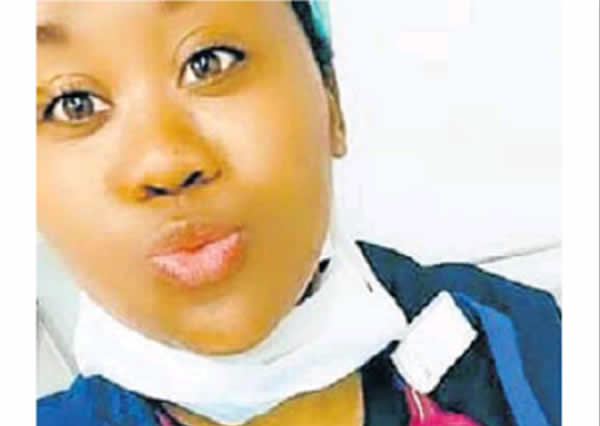 A high school dropout is facing criminal charges for consulting and treating patients after she convinced five KwaZulu-Natal hospitals and clinics she was a medical intern.

Celebgossip.co.za has learnt that 23 year-old Nokwanda Ndlovu, who claimed to be a Wits University medical student, moved from facility to facility, where she wrote prescriptions, took vital signs and even stitched up patients’ wounds between November 2017 and December 2019.

According to medical staff at five public health facilities and sources close to her, Ndlovu, from Jozini in northern KwaZuluNatal, claimed she was an orphan, studied medicine at Wits and needed to complete her clinical internship to earn her degree.

And it has emerged that despite being arrested on fraud charges for impersonating a medical intern at Nkandla Hospital, Ndlovu, while out on bail, managed to charm authorities into allowing her to treat patients at a small clinic outside Pietermaritzburg.

Police records indicate that Ndlovu began working as a medical intern in 2017 at Benedictine Hospital, Nongoma, when she was just 20. She moved to Nongoma Hospital between November 2017 and February 2018, then Hlabisa Hospital later that February.

She emerged at Nkandla Hospital in June 2019, where she worked for about two months. It is unclear how she left.

However, Ndlovu continued at Hlengisizwe Community Health Centre, a 16-bed facility in Mpumalanga township, Hammarsdale, until a community member to whom she had grown close blew the whistle on her in September 2019.

KwaZulu-Natal police spokesperson Nqobile Gwala said: “A case of fraud is being investigated by Nkandla SAPS. A 23-year-old suspect was arrested for fraud after she posed as a doctor at a hospital in Nkandla. She was arrested last year. She will appear in court again on July 27.”

She is also due to appear in court on September 2 on the Hammarsdale matter.

A spokesperson for the provincial arm of the National Prosecuting Authority, Natasha Kara, said Ndlovu is out on R1,000 bail following her first court appearance.

“While the state was opposed to bail, the accused was due to give birth and bail was therefore granted by the court. I cannot provide any other info as investigations are ongoing and the matter is sub judice,” Kara said.

The Sunday Times tracked down Ndlovu to her home in Jozini, where her mother claimed she was not at home. She confirmed that her daughter is not a medical student.

“No, she never studied medicine or anything health-related, but contact her lawyer because there is a case and I am not supposed to speak to you,” she said.

A cellphone number provided by the mother was for a lawyer who is not involved in the fraud cases against her daughter.

Queries sent via SMS to two numbers for Ndlovu and her mother were not answered.

A nurse at Benedictine Hospital told the Sunday Times that Ndlovu came in as a student doctor. “It is not unheard of, medical managers allow student doctors to come and help and gain some experience — it helps because rural hospitals are always understaffed and in December we deal with a lot of accidents and stabbings.”

According to the nurse, Ndlovu lived in the doctors’ quarters at the hospital.

Staff became suspicious when she was still at the hospital when university courses were about to resume. She left soon after.

A nurse in Nkandla who worked closely with Ndlovu said she worked in the outpatient department, a “crucial part of health care as all patients have to pass from there to determine if they need to be admitted or just given a prescription”.

“All of us knew that something was just not right about her. She did not know how to stitch patients, she did not know the most basic medical processes like reading blood pressure, the difference between diastolic or systolic, what each of those mean — she had no idea.”

The nurse said Ndlovu was so clueless, she did not know the names of medicines and had no suggestions on diagnosis or treatment.

Another nurse said: “She told us she was an orphan so we all felt pity for her and I think that clouded our judgment. She had no place to live so they let her stay at the doctors’ quarters.

“She was a nice girl, but after a few weeks there was gossip, because she only had two sets of clothes, and we have had students but that is rare. She gave us a sense that she was in transit. She also could not insert a catheter bag, that was strange.”

The KwaZulu-Natal department of health did not respond to questions sent to it by the Sunday Times.

All of us knew that something was just not right about her. She did not know how to stitch patients, she did not know the most basic medical processes like reading blood pressure, the difference between diastolic or systolic, what each of those mean — she had no idea