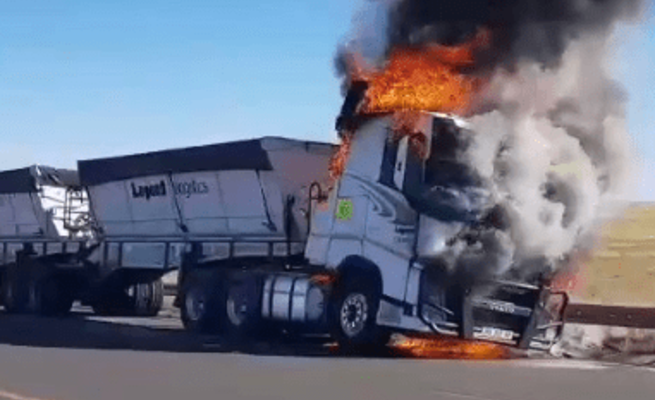 #WeStandWithSATruckDrivers has begun to trend on Twitter with many prominent South Africans supporting the movement as South African truck drivers are threatening to shut down the country if the government doesn’t enforce a law that prohibits foreign truck drivers from working in South Africa.

Companies are breaching the collective bargaining agreement as they are employing foreigners. Foreign truck drivers are satisfied with anything in South Africa that is why they are employed.

We don’t want to drive our trucks with foreign nationals. They can drive in their country and they can deliver here in South Africa. Most of the drivers in South Africa truck drivers are renewing their licenses every two years yet they are not working. Foreign truck drivers have face licenses.

We want to be peaceful South African truck drivers. We are not fighting even in past years. Those destroying properties are not part of our organisation.

They are hooligans taking advantage of the situation. We are calling for a national shutdown from the 7th off July until the government tells us a date when they will not allow foreign nationals to drive South African trucks.

There are no South Africans driving foreign trucks. of you go to Botswana, they will tell you you cannot drive a truck. You have to be a citizen.”-Zimtrending