Bulelani Qholani reported the incident to the Harare police station on Thursday. He and other shack dwellers were evicted from a Ethembeni informal settlement on Wednesday morning. 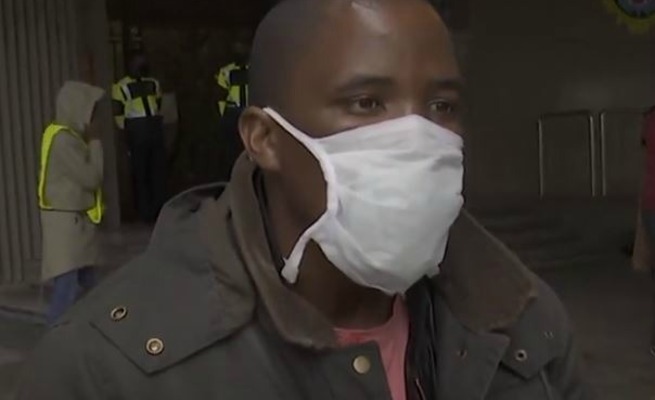 The City of Cape Town has since suspended four officers who were involved in the evictions‚ pending an investigation.

Qholani and his former neighbours returned to the land they had been ejected from after laying charges at the police station.

“I opened a case against the city and officials‚” he said. “Only justice can restore my dignity. I sustained several injuries from the tussle — I am in pain. The whole community saw me being dragged around and all I wanted was to cover my body. I am embarrassed to face the world.

“I just pray that no-one goes through what I went through. Enforcing the law is one thing‚ but those men should have at least allowed me to put something on my back.

“I am happy that the Legal Resources Centre has come on board and are helping me with the legal process. So I am waiting for the investigations to be concluded so that I can rebuild my life — and maybe rebuild my home.”

Lelethu Mgedezi‚ an attorney at Legal Resources Centre‚ said they would assist Qholani with his case and a damages claim against the city.

“We have been engaging with the community of EThembeni as early as the 1st of July when first incident took place‚” said Mgedezi.

“It is not the first time these kind of evictions took place‚ but we came hastily after the video of someone who was removed from a structure naked in a degrading and humiliating manner went viral. So we have engaged with the community and we have been advised that the demolitions took place and structures were taken down.

“We take issue with the City of Cape Town conducting itself in this manner because it’s always putting forth that this is the land invasion unit that is acting under its proper policies and procedures in removing people that illegally occupied land. We argue that this is actually not the case and we find their conduct reprehensible.”

“Having watched the video of law enforcement officers responding to an illegal land invasion in Khayelitsha yesterday‚ and the shameful circumstances that Mr Bulelani Qholani was subjected to‚ I want to make it clear that this is not the type of conduct that we tolerate in this city‚” said Plato.

“This is why we have immediately suspended four officers while the matter is investigated without delay.

“While the investigation into the conduct of the law enforcement officers and the circumstances surrounding the situation is ongoing‚ as the mayor of this city I want to acknowledge that Mr Qholani’s dignity was impaired and I am truly sorry for what he experienced.”