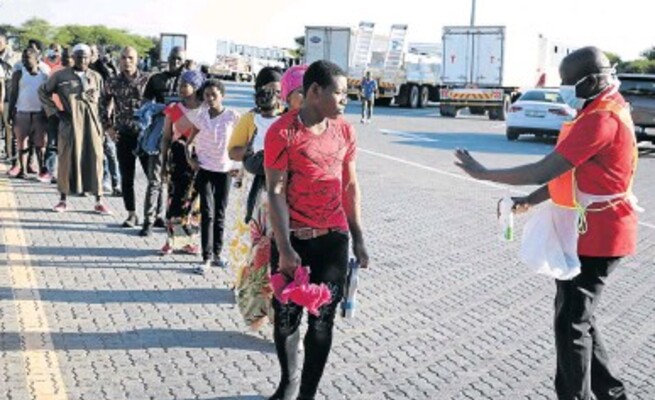 The proposed intermittent lockdowns would see the province closing down and reopening its economy as the need arises.

The Gauteng provincial government says it may possibly look at “intermittent lockdowns” as the province prepares for a peak in Covid-19 cases.

Intermittent lockdowns will see the province opening up and then closing the economy for a particular period of time, Health MEC Bandile Masuku said on Monday.


Masuku was speaking on the sidelines following the signing of a Memorandum of Understanding (MOU) with car manufacturer BMW South Africa and the German government. The multimillion-rand investment will result in over 700 additional bed capacity at identified hospitals across the province.

Gauteng Premier David Makhura was also present during the official signing, done via a virtual set-up, with officials from the German government and BMW linking up from Munich.

To alleviate cluster outbreaks and the increasing spread, Masuku said the provincial command council was looking into various options and would continue monitoring the changes in the pandemic throughout the coming weeks.

“The [Covid-19] response is not standard, and it’s not rigid. It is dynamic and agile – and it will depend on the circumstances as we view them and as we review them every day. There are number of methods and number of options that we are looking at, and actually discussing and reviewing their outcomes, and what could be the objectives of them.

Mkhize announced on Sunday that Gauteng would emerge with the highest number of cases in the coming days, overtaking the Western Cape, which currently has over 60 000 cases.

On Sunday, Gauteng had a total of 36 895 cases, according to Mkhize. The minister said factors contributing to the rise in cases were due to the move from Level 4 to 3, inward migration, the large population, especially in metros like Johannesburg, Ekurhuleni and Tshwane, as well as increased congregating, which had led to cluster outbreaks.

MEC Masuku said the expected rise in infections meant that regulations should be re-enforced, particularly on physical distancing and hygiene in communities, which is something the provincial government was already doing. He said, as the pandemic evolves, the department will continue adapting its response. He said it was important that efforts be made to prepare for the surge – and, once the wave passes, everyone may look back and say the government was ready.

Speaking on social behaviour, in which Mkhize said people seemed to be fatigued and letting their guard down, Masuku said the pronouncement from the taxi industry on Sunday afternoon that it would be breaking the law and going back to 100% load capacity and long distance travel was a disappointment, and it was highly discouraged by the provincial government.

Masuku said the contribution by the German government and BMW would be complementing the work already being done in various hospitals. He said the number of people being admitted at quarantine sites were increasing, and people were voluntarily coming in to request space for isolation and quarantine.

He said more facilities would still be opened to assist with capacity. Asked if there was anything the province had learnt from the Western Cape, Masuku said it had to be the importance of field hospitals in managing crowd movement across facilities. He said they were engaging time and again with officials from the Western Cape, to seek advice and learn from their experience.