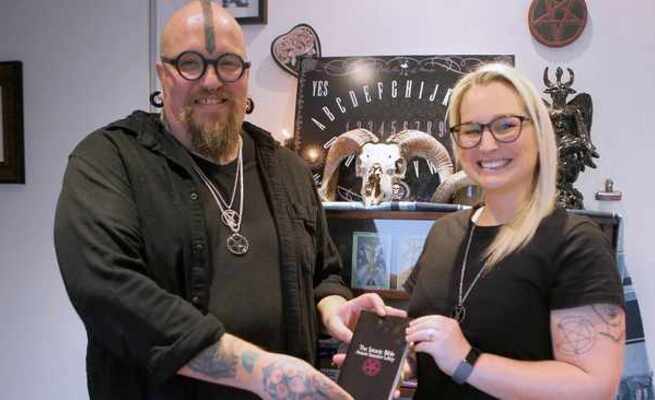 The cofounder of the controversial South African Satanic Church, Riaan Swiegelaar, was a sangoma before leaving traditional healing for Satanism.

Swiegelaar made headlines when the first Satanic church in South Africa was registered in February.

He had been a qualified traditional healer for eight years.


“My journey started when I met my tata [father], Dr Alfred Megwa, in 2008. I was already doing psychic work and he felt that I needed to twasa [apprentice] with him in order to take my ‘seeing’ to the next level,” he told The Citizen.

After completing his training, he practiced part time as a sangoma, offering psychic services to clients and rituals to treat emotional and spiritual afflictions.

But after learning about Satanism, “I no longer felt the deep draw towards traditional healing.

“In Satanism, you do not practice animal sacrifice as you revere life. To take life would be antiSatanic.

“I saw myself more as a Satanist than traditional healer and so chose to acknowledge my inner Satanic nature to revere life,” he said.

Satanists did not believe in Satan nor practice devil worshipping or sacrifices. Instead, the church promoted being true to oneself, unconditional self-love, accepting one’s sinful nature, as well as educating the public on rituals for self empowerment.

His church did not follow traditional ancestral beliefs, nor did it associate ancestors with Satanism, Swiegelaar said.

He said those who believed traditional healing was associated with Satanism had no understanding.

Swiegelaar was also a formerly a pastor at a Christian church.