Malema made the remarks when he spoke at the EFF’s Youth Day rally on Tuesday. The vocal opposition leader argued that the consumption of alcohol was a burden which the country’s ailing health system could not cope with.

To buttress his position on the banning of alcohol, Malema cited a spike in the number of people who have been admitted to the trauma unit of Groote Schuur hospital in Cape Town since the alcohol ban was lifted. According to Malema, the number has shot up from 8 people to 20 people daily. An increase of 150 per cent. Malema also highlighted that the number of admissions at Chris Baragwanath Hospital in Johannesburg had doubled since the alcohol ban was lifted on 1 June.

“A majority of these patients were there due to alcohol-related incidences such as motor vehicle accidents, domestic abuse or interpersonal violence,” said Malema.

“This painful reality is a result of the incompetence, spineless and cowardice of our government led by a coward Ramaphosa who sacrificed the lives of South Africans in the interest of capital.

“We warned Ramaphosa and all his accomplices that the mass deaths we are to witness over the coming weeks are due to his lack of decisiveness at the time the country needed leadership.

“We call for the reinstatement of the ban on alcohol in protection of human life over the desire for profits.”

The ban on alcohol which lasted almost 3 months divided the nation. Some praised the government for the move saying that it would limit the number of social ills in the communities. However, critics argued that the government’s ban on alcohol was short-sighted and would create more problems than it was supposed to solve.

Many South Africans who did not take kindly to the alcohol ban turned to home brewing to satisfy their craving for alcohol. Homemade pineapple beer proved to be a huge hit and supermarkets did a roaring trade selling the ingredients for making the pineapple beer. In fact, the price of pineapples skyrocketed during the lockdown. 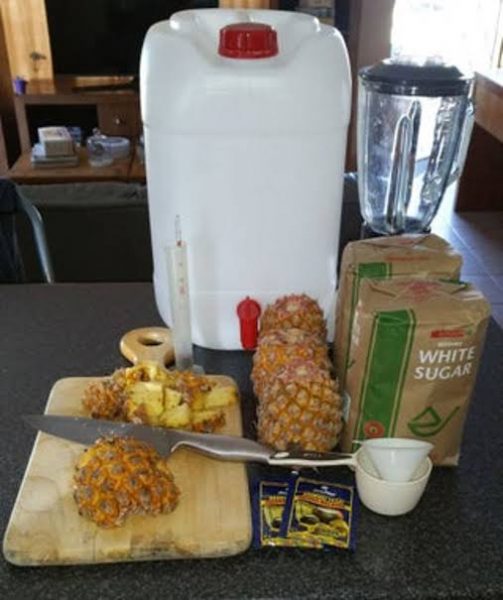 However, the thrill of home brewing proved deadly for some people who failed to make the homemade beer correctly. This resulted in some people losing their lives due to methanol poisoning while some suffered damage to their eyes.