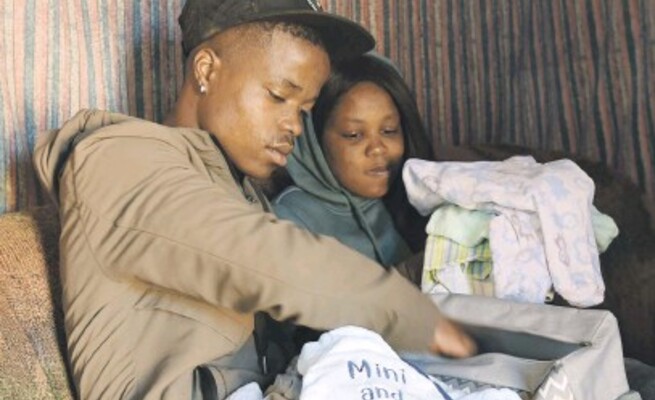 Parents did not even get to see little girl, apparently born with a brain tumour, and want to bury her.

The parents of a newborn baby are seeking closure after being told by nurses at the Dr Yusuf Dadoo hospital about the death of their child, who they were not able to see or bury.

Mother Gugulethu Magumeni went to the Dr Yusuf Dadoo hospital in Krugersdorp when she was seven months pregnant after she experienced labour pains.

Upon arrival, she was told to wait on the benches because there were no beds available.

After a while Magumeni was told her baby had breeched and was ready to be pushed out.

She gave birth but her baby was taken away from her straight away.

She said the nurse told her the baby would not survive due to a tumour on the brain and a low heart rate.

“I was seven months pregnant when my water broke on 9 May,” she said.

“At the hospital, I was forced to wait for a bed.

“The doctor gave me six yellow tablets to drink and told me the baby was breeched and I would be able to push it out.

“I heard the baby cry while it was taken away after birth.

“The nurse told me the baby would not make it because it was blue in its face, which was due to a low heart rate and a tumour on the brain,” Magumeni said.

Magumeni was later discharged without having seen the body of her baby and she left, still confused about the cause of death.

She explained she was referred to the quality assurance department at the hospital where she requested to see the body of her baby and asked permission to bury it.

Operational manager Joyce Gadebe explained the cause of the baby’s death to the mother and apologised for the mistakes made by the nurse who was on duty when the baby was delivered.

Gadebe contacted the mortuary in order to find out the location of the baby’s body, but it was too late as the waste buckets had already been removed.

The mother was promised she would be contacted when the bucket with the baby’s remains was found.

She has still not received information about the body of the baby and is devastated she has not been able to bury her baby.

She said an apology was not enough: “I feel devastated confused and heartbroken because I have not received the answers I would have liked.

“I just want closure. An apology does not fix anything.

“I don’t agree that my daughter has passed away when I have not buried her or seen her.

“I still believe that my baby might be out there somewhere.”

The father of the baby, Khumbulani Simelane, said justice needed to be served to those who were responsible.

The parents have opened a case against the hospital at the Krugersdorp police station.