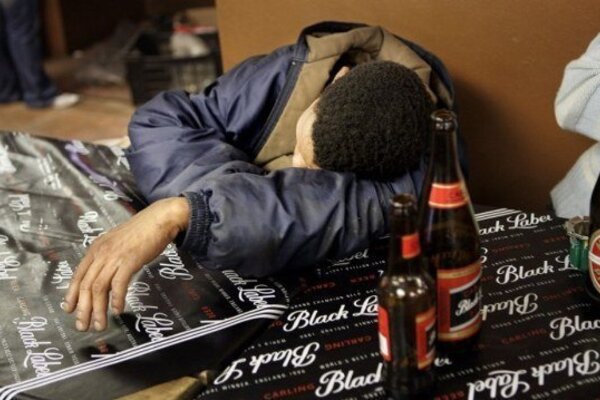 This week’s booze binge has set SA back in its fight against Covid-19.

Across the country, a massive surge of people in hospital emergency rooms with alcohol-related injuries has put additional strain on health-care numbers and filled up ICU beds needed for Covid-19 patients.


“Patients having to wait for surgeries end up having to go to ICU. The problem is the ICU beds are filled with gravely ill Covid-19 patients,” she said.

Steyn said if people land up in hospital now, their treatment is fraught with risk, with their chances of dying from their injuries much higher, even in cases of preventable death.

Tygerberg, in Cape Town, is also battling with staff shortages, with at least 293 staff infected with Covid, five of whom have died.

In Johannesburg, Dr Pat Saffy, head of the Helen Joseph Hospital emergency department, said it was overwhelmed this week.

“In a time of Covid-19 that’s dangerous. It means less staff to look after patients who have respiratory illnesses who are possibly infected with coronavirus.”

Saffy said with trauma cases increasing, doctors from the hospital’s other departments, who have been helping with Covid19 patients, are needed for trauma patients.

“People are going to die because there are not enough staff to look after everyone at the same time. With staff becoming infected by Covid-19, it’s going to get worse.”

She said dealing with trauma patients requires a lot of medical staffing resources.

So severe was the surge in Gauteng that Helen Joseph Hospital this week had to close its emergency room for three nights because it was overloaded with patients.

In Durban, a private hospital orthopaedic surgeon treated a man whose wife bit off his finger during a drunken fight on Monday. He confirmed a spike in trauma cases, as did a state hospital trauma specialist, who said trauma unit cases had tripled this week.

“We have seen an explosion in stabbings, accidents and assaults. It’s a nightmare. All are linked to unbanning alcohol,” the specialist said.

Trauma specialists said that during the first two months of lockdown, trauma admissions dropped by 70% at hospitals in Gauteng and the Western Cape.

Those declines, according to the South African Medical Research Council (SAMRC), are now being dramatically reversed.

SAMRC modelling predicts that 5,000 patients a week will flood hospitals with injuries related to drinking.

Professor Charles Parry, director of the SAMRC’s alcohol, tobacco and other drug research unit, which conducted the modelling, said of the 2.2-million trauma cases in SA each year, 40% are alcohol-related.

Parry said with the ban lifted, 62% of the estimated additional alcohol-related admissions will be caused by violence, and 30% by car crashes.

Hospitals saw an average of 32 alcoholrelated trauma deaths a day before Covid-19.

“From available data in the past week, it appears we may well experience far higher daily death numbers linked to alcohol trauma,” said Parry.

Gauteng health department data shows that between March and May, emergency trauma unit admissions to Charlotte Maxeke Hospital dropped from 819 to 209.

Saffy said that in the Helen Joseph Hospital emergency department this week, “it was so bad that for the first three nights we had to divert ambulances with trauma patients to other hospitals”.

Tygerberg’s Steyn said this week’s trauma admission increases were serious “as there are knock-on effects for all other medical emergencies”.

She said trauma cases displace other emergencies, so people who require urgent medical care are unable to receive it.

“Big trauma cases block ICUs and operating rooms. In times of such overwhelming injury numbers there are delays to emergency surgery, which lead to serious complications in a patient, which adds to the existing overload on the intensive care unit,” said Steyn.

Under lockdown he recorded a 70% reduction in trauma cases at the hospitals.

“That decline, however, is rising … The hospitals this week reported almost double the number of alcohol-related trauma injuries.”