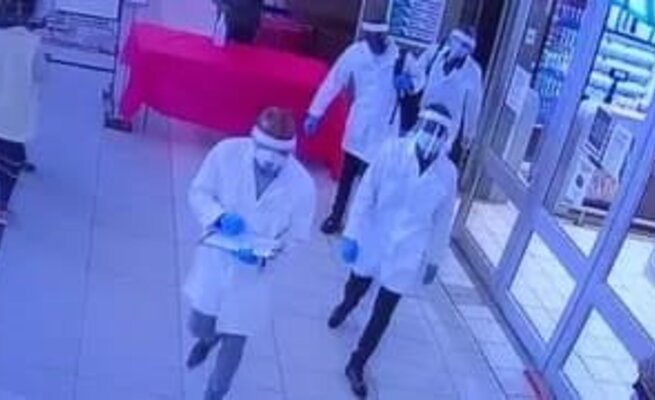 South African Social Security Agency (SASSA) in KZN has expressed shock over the R200 000 meant for pensioners that was stolen in a business robbery at Scottville Mall in Pietermaritzburg.

According to SASSA spokeswoman in the province, Sandy Godlwana the money was stolen by suspects who posed as Department of Health officials.

The suspects were wearing full Personal Protective Equipment (PPE) from head to toe and they claimed that they were tasked to visit different facilities to observe if Covid-19 regulations are adhered to.I&rsquo;m aware of the robbery at the Checkers at Scottville Mall. We were shocked to hear about the robbery, it is alleged that R200 000 was stolen," said Godlwana. She said following the incident, they were forced to redirect our clients to the nearest SAPO outlet.

MEC for Economic Development, Tourism and Environmental Affairs Nomusa Dube-Ncube said all businesses should be on full alert.

"Plans are being put in place to ensure that contact details are provided for business owners to call in order to verify the status of the person claiming to do an inspection. The business owner should note that when conducting business inspections, inspectors from the department&rsquo;s Business Regulations Unit and Consumer Protection Unit are always accompanied by law enforcement agencies in full uniform. This is aimed at ensuring that their work is performed within the confines of the law," said Dube-Ncube.

She added that they will start discussions with the captains of industry and business community at large about strengthening the Business Against Crime campaign.

KZN police spokeswoman, Captain Nqobile Gwala confirmed that this morning at 08:15, four men who were dressed in white overcoats entered the business premises at Scottsville through the main entrance.

Gwala said the suspects used the entrance and they went to the cash office and asked to speak to a manager.

"Two suspects entered the manager&rsquo;s office together with the employee while the other two stood outside. At gunpoint, they forced both of them to lie on the floor and removed all the cash from the safe. They all left the premises through the main entrance and fled the scene in their getaway vehicle," said Gwala.

She said Alexandra Road cop shop has opened a case of business robbery.